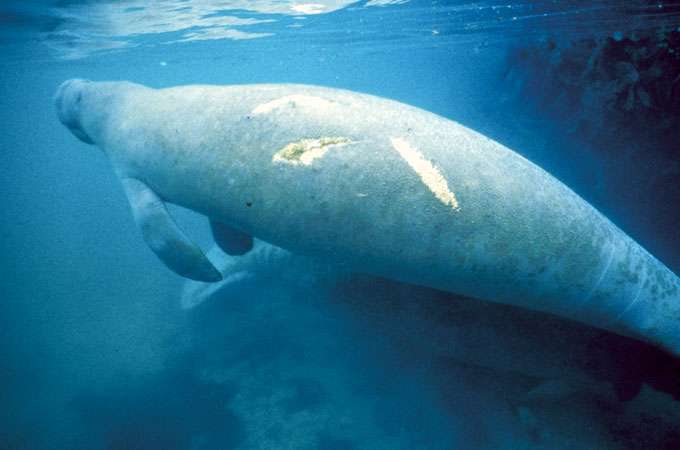 Making Boaters Slow Down for Manatees

Many boaters exceed the speed limits set to protect manatees, and boat collisions cause about a quarter of the deaths of these endangered marine mammals in Florida. New research suggests that increased social pressure and law enforcement would encourage more boaters to comply with speed limits.

“An understanding of boaters’ beliefs and attitudes towards manatees (Trichechus manatus latirostris) can shed light on their boating behaviors and can help identify potential interventions for encouraging behaviors that contribute to manatee conservation,” say Sampreethi Aipanjiguly, who did this work at the University of Florida in Gainesville, Susan Jacobson of the University of Florida in Gainesville, and Richard Flamm of the Florida Marine Research Institute in St. Petersburg in the August 2003 issue of Conservation Biology.

Although managers and outreach organizations provide factual information about manatees, this has not been enough to encourage most boaters to comply with speed zones. In many parts of Florida, only about half of boaters follow speed limits mandated to protect manatees from boat collisions.

To figure out how to encourage more boaters to follow speed limits, Aipanjiguly and his colleagues surveyed more than 500 boaters in Tampa Bay, Florida, where manatees live year-round. The researchers determined the relative strength of a variety of factors that might shape boaters’ intentions towards following speed limits, such as the desire to reach their destination sooner, the fear of being fined, and pressure from groups such as family, friends, and law enforcers. The researchers also assessed the boaters’ knowledge of manatee conservation.

The results showed that the most important component of boaters’ intentions to follow speed limits is their perception of social pressure to do it. Moreover, boaters were more motivated to comply with law enforcers than with family and friends who were on their boats. In addition, although boaters who knew more about manatees were more likely to support conserving them, only half of boaters knew that any activity that changes a manatee’s behavior is harassment, including touching, feeding, and swimming with manatees. Finally, more than a third of boaters said that manatee speed zones were not marked adequately.

On the basis of these findings, the researchers recommend three ways to increase compliance with regulations to protect manatees from boats. First, managers can strengthen boaters’ intentions to follow speed and no-entry zone regulations by developing media campaigns that feature law enforcers’ opinions on obeying speed limits and by reporting recent incidents of enforcement to local newspapers and radio stations. News conferences and press releases should highlight the negative consequences of violating speed limits and no-entry zones, such as the risks of penalty, arrest, boat damage, and hitting manatees. Second, managers should use the media to inform boaters about boat-related manatee deaths and inappropriate boating behavior. Finally, regulated areas should be clearly marked on navigational guides, which are carried by more than two-thirds of boaters.