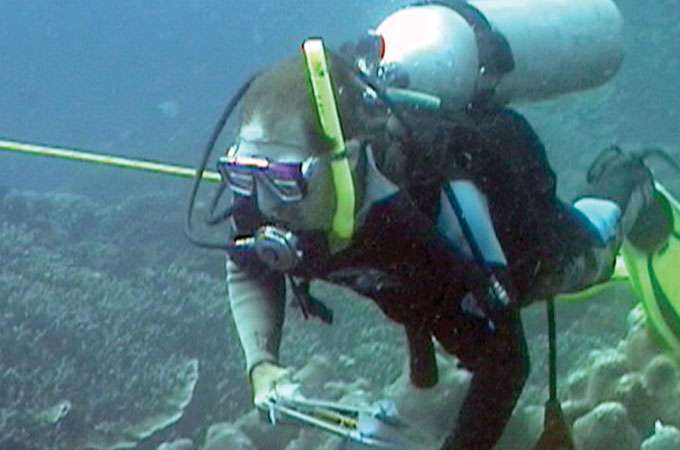 No-take marine reserves are controversial partly because they are expected to help local people by providing more fish to catch, yet there is no solid evidence that they actually do so. Now a new study in the Philippines confirms that marine reserves can boost the catch and lower the fishing effort in nearby fisheries.

Assessing spillover of fish from marine reserves into local fishing waters has been difficult. One reason is that most such studies have spanned only 5-10 years, which is probably too short a time for spillover to develop, given that many coral reef fish live for decades and some even live as long as 70 years.

To get around this problem, the researchers looked for evidence of spillover at Apo Island, Philippines, which has one of the oldest and best protected marine reserves worldwide and thus is an ideal study site. Created in 1983, the reserve protects a tenth of the island’s coral reefs from fishing. About 200 of the 500 people living on the 0.7 km2 island fished during the 20-year study period (1981-2001). The researchers assessed the biomass and catch of surgeonfish (Acanthuridae) and jack (Carangidae), two families of coral reef fish that account for up to three-quarters of the catch on the island.

The reserve benefited Apo Island’s fishery by increasing the biomass of fish in the reserve as well as the catch outside the reserve. The biomass of surgeonfish and jack tripled in the 18 years after the reserve was established (from 40 to 120 kg/1000 m2). In contrast, the biomass of these fish outside the reserve hardly changed during this time period, showing that the reserve’s fish increase was due to protection from fishing rather than to other factors. The catch of surgeonfish and jack was about one-fifth higher at the end of the study; this is good, considering that one-tenth of the island’s fishing area was off limits. Moreover, the biomass of fish in the reserve is still rising. Another benefit to the local fishery is that the fishing effort dropped by about half over the course of the study.

The researchers say spillover from the reserve is only part of the story. Additionally, fishing on the island is limited to locals using traditional methods; explosives, poisons, and other highly effective but destructive fishing methods are banned. “Apo Island is a model of marine resource management that could help alleviate some of the most pressing problems of overfishing and loss of marine biodiversity in both the developing and the developed world,” say the researchers.