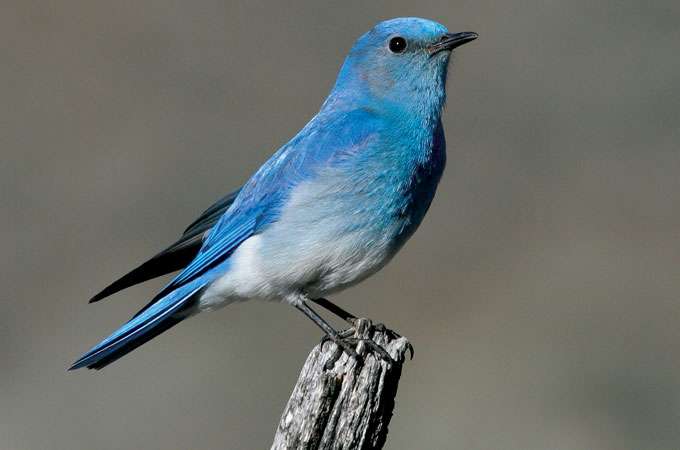 No Room at the Top

Just seven years ago, climate change wasn’t listed as a potential hazard in Threatened Birds of the World. Now it gets its own heading in the annual book, and with good reason: a new study finds that climate change may trigger the extinction of 30 percent of land bird species by the year 2100.

“There is an increasing realization that climate change by itself can cause extinctions on a global scale,” said Cagan Sekercioglu, a biologist at Stanford University and lead author of the study, which appeared in the journal Conservation Biology. “Before, we had a hard time separating it from threats like habitat loss.”

Using the elevation of species’ ranges, the newest suite of climate predictions from the Intergovernmental Panel on Climate Change, and a set of habitat-loss scenarios, the researchers calculated the extinction risk of more than 8400 species of land birds in the world. In the most likely outcome—a rise of 2.8 degrees Celsius by the turn of the century, according to the IPCC—400-550 birds could go extinct. If temperatures climb even more, that number would increase drastically.

This is due in part to what the researchers call the “escalator effect.” Climate change can cause range shifts as species are forced to leave their current locations when conditions become inhospitable. The most familiar of these shifts are poleward—things in the northern hemisphere move north, and things in the southern hemisphere head south. But on a climate escalator, species that live at higher altitudes may have nowhere to go but up. And up. And up some more, until they reach the highest point available to them. Once that’s topped, there’s often nowhere for them to go but extinct.

The study’s finding complements those of another report in the same issue of the journal. Grant Harris and Stuart Pimm, both of Duke University, found that the size of a bird’s range can be used to gauge its conservation status. Using field guides as a reference, Harris and Pimm pruned the ranges given there according to the species’ requirements to find the actual area that met those requirements—a method that has the benefit, they write, of being “simple, repeatable, and practical.” Since a small range is the single best predictor of extinction risk, they argue that once a bird’s total range drops below 11,000 square kilometers, the species should be considered threatened.

Sekercioglu cautions that the model his team developed is only a generalization meant to illustrate the scope of the problem. The researchers had to rely on extremely coarse data for many species that had never been rigorously surveyed. Predicting the exact fate of those species would require much more detailed distribution and climate change data from their range. “It isn’t as if people can take their favorite bird and plug it into an equation and find out if it will go extinct,” Sekercioglu said.

But what’s most alarming, he notes, is that, of all the species expected to face some risk of extinction from climate change, only 21 percent are considered threatened right now. “We’ve seen before that species that appear fine can suddenly become rare when no one’s really looking,” he said. “That’s really what we need most: good information on the birds. Then we’ll know that something is in trouble before it’s too late.”