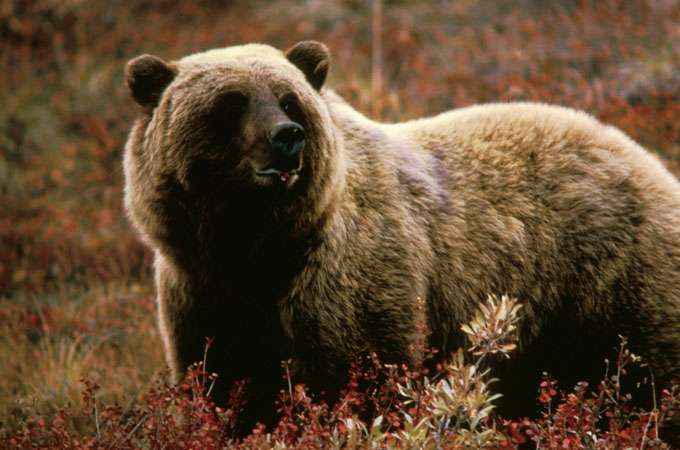 When wolves and other large carnivores threaten people and their livestock, wildlife managers often resort to killing these predators. But now there’s hope for a nonlethal solution to controlling carnivores. New research shows that movement-activated guards with strobe lights and sound recordings can help keep wolves and bears away.

“High-technology devices are much more expensive, complicated, and limited in effectiveness than a single bullet from a high-powered rifle, but they also allow a predator to live — surely the goal of conservation,” say John Shivik of the U.S. Department of Agriculture, Wildlife Services, National Wildlife Research Center, and Utah State University in Logan; Adrian Treves, who did this work while at Conservation International in Madison, Wisconsin, and is now at the Wildlife Conservation Society in Bronx, New York; and Peggy Callahan of the Wildlife Science Center in Forest Lake, Minnesota. This work is part of a six-paper special section on the conflict between people and carnivores in the December 2003 issue of Conservation Biology.

Conflicts between people and carnivores are rising as people spread into remote habitats and as large carnivores recover from past eradication efforts. Whereas wildlife managers often address these conflicts by killing “problem” animals, this runs counter to conservation efforts and could impede the recovery of rare carnivores. “To promote the existence and expansion of large carnivores, conservation biologists should assist with the real problems predators cause,” say the researchers.

To help find nonlethal ways of controlling carnivores, Shivik and his colleagues did two experiments to see if movement-activated devices could deter predators from feeding. First, the researchers compared the predators’ consumption of road-killed deer carcasses before and after treating them with movement-activated guards. This experiment was done on wild predators including wolves and bears in northwest Wisconsin. The carcasses were replaced regularly, the pre-treatment and treatment periods ranged from roughly a week to a month, and the movement-activated guards had strobe lights and recordings of 30 sounds, including yelling, gunfire, and helicopters.

In the second experiment, the researchers compared wolves’ consumption of sled-dog chow before and after treating it with movement-activated guards. This was done with captive wolves at the Wildlife Science Center in Forest Lake, Minnesota, and the researchers determined how much of a one-kilogram portion of sled-dog chow the wolves ate in an hour.

The movement-activated guards have some drawbacks: they do not keep the predators away completely, and they are too costly and complicated to be feasible for many wildlife managers. Even so, movement-activated guards are still promising. “Nonlethal approaches to managing predation…provide a means for conservation biologists to target areas with high predation levels and increase acceptance of large mammalian predators,” say Shivik and his colleagues.