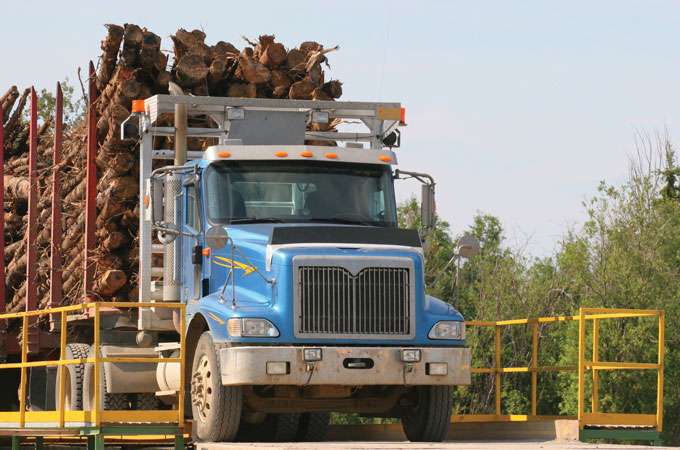 Australia has introduced the world’s first DNA timber test to stem the import of illegally logged, endangered trees. The test uses sampling techniques similar to human DNA fingerprinting to confirm the exact source of trees to be imported from Indonesia—a country where more than 80 percent of all wood produced and sold is thought to be illegal.

The test has been put into use by Simmonds Lumber, one of Australia’s largest timber-importing firms. Over the past five years, the company has invested US$200,000 with Singapore-based timber-auditing company Certisource to advance the DNA technology.

Under the method, a unique genetic profile is taken of each tree growing in legally managed areas. This is then re-matched to another genetic analysis once the logs arrive at production mills in Indonesia, hopefully proving that the tree that was logged is the same one being exported. Only then, under audit by Certisource, is the approved timber processed and shipped to Australia.

According to a 2005 report commissioned by the Australian Government, around US$320 million worth of illegally harvested timber is imported into Australia annually, most in the form of domestic furniture or everyday paper products.

Currently, most timber-auditing systems rely on tagging or certificates of origin issued in the source country to verify the legality of timber. However, these methods are susceptible to forgery in many developing countries, said Jana Blair, who with World Wildlife Fund Australia in Melbourne coordinates an initiative to eliminate illegal logging.

DNA testing, she said, will be less open to corruption. “DNA can’t be forged. It’s something integral to timber so it makes traceability more secure,” said Blair. “We see this technology as a very promising tool in the global campaign to stop the trade in illegally harvested timber.”

Luca Tacconi, who studies economics and environmental change at the Australian National University in Canberra, considers the introduction of DNA testing of timber to be positive news for the Australian timber industry but is not convinced that the move will help curb illegal logging in Indonesia. “It just means that the legal [logs] will be sent to Australia and the illegal ones to domestic markets or overseas,” he said.

Geneticist Rémy Petit at the National Institute for Agricultural Research in Bordeaux, France, commends Simmonds for investing in DNA testing to verify the legality of their imports. Petit was part of the team that first developed a technique for amplifying DNA from dry wood in 2002.

However, “What one must realize is that the problem is not only to get DNA out of the wood, but to have the relevant database or tracking system,” warned Petit. This is a significant challenge because “We are quickly speaking of thousands or tens of thousands of logs that need to be individually genotyped,” he said.

Reprinted by permission from www.cosmosmagazine.com (30 Mar 2007)