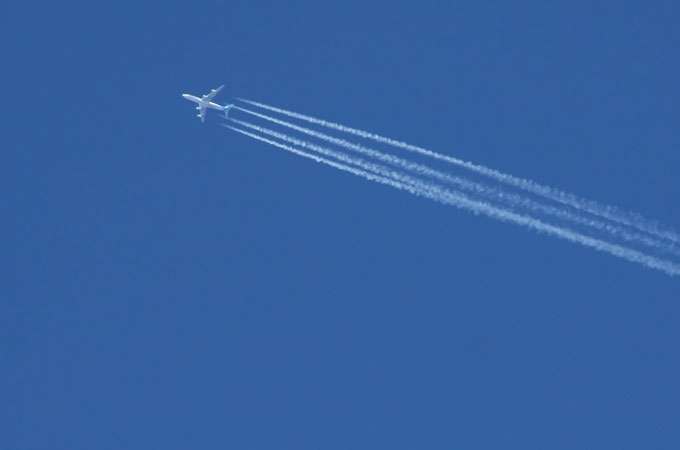 In July 2007, aviation growth hit an all-time high. Airlines offered over 300 million seats worldwide for this month alone—equivalent to an airline seat for the entire population of the U.S. Flights to and from China are up 17 percent since this time last year. Flights to and from India have doubled since 2001. (1, 2) 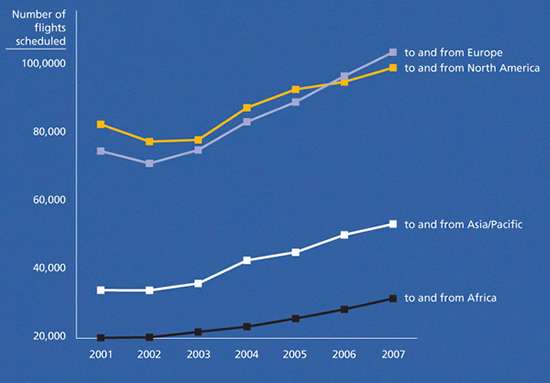 Oxford University researchers analyzed 3 million scheduled flights between 3,750 airports worldwide between May 2005 and April 2006. They overlaid global climate maps on flight data to reveal the time of year that different parts of the world experienced the best conditions for alien species to survive. The greatest overall threat of invasion occured from June to August, when many regions worldwide experience similar climate conditions and when passenger numbers peak. (3) 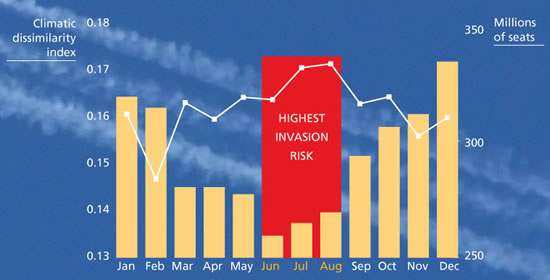 The researchers also found that specific routes are at relatively higher risk at different times of the year. For example, in January, conditions in Britain and other parts of Europe are most conducive to alien species invasion from east China and Japan, and vice versa. In July, the higher risks shifted to routes servicing the east coast of South America. Eastern U.S. locations are most at risk from Mediterranean and Asian flights in January. And west coast U.S. locations are most at risk from incoming flights from the Middle East and southern Africa in April. (3) 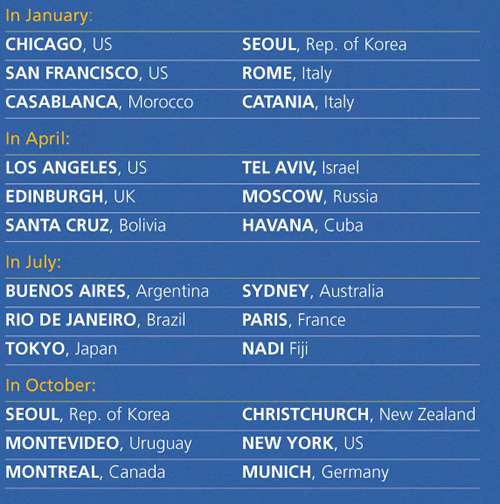