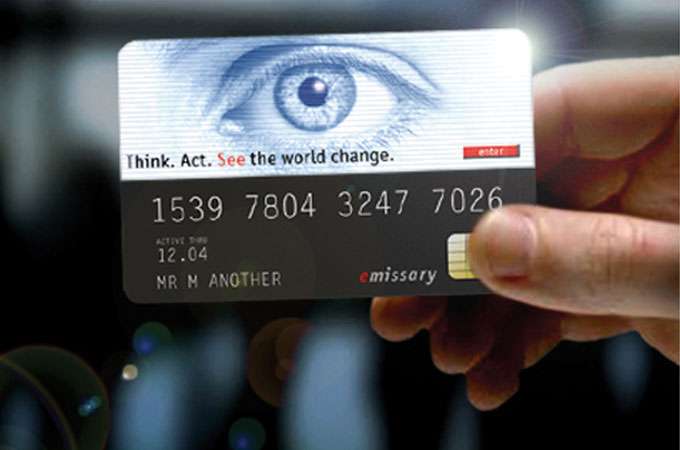 Nearly half of Great Britain’s greenhouse-gas emissions come from individuals, but the bulk of public policies aimed at reducing emissions target corporations, governments, and other institutions. That could soon change.

The U.K. government is considering a personal allowance of carbon “credits”—a high-tech version of the ration books and coupons used to buy scarce commodities during World War II. The scheme, which might take the form of a carbon credit card, will provide a financial incentive to use less than an individual’s emissions entitlement, because any surplus credits can be traded on a carbon market or saved for whatever the carbon equivalent of a “rainy day” is.

Personal carbon allowances appear to be an almost inevitable step in the struggle to reduce global warming: 44 percent of emissions are a direct result of individual, rather than corporate, behavior. Policy makers increasingly prefer carbon trading to a carbon tax, which they argue is too blunt a legislative instrument. Meanwhile, tradable quotas offer guaranteed reductions in emissions, says economist David Fleming, who first proposed the individual-carbon trading system in 1996. For reducing energy demand, he says, “there is no other game in town.” Crucially, total carbon emissions can be centrally controlled and thus reduced toward an agreed target.

Britain’s Department for Environment, Food and Rural Affairs is moving slowly on the matter. “It’s clear this is not something that’s going to be introduced in the next year,” a spokesman said. This contrasts markedly with the urgency of the recent Department of Trade and Industry Energy Review, which says cabinet ministers will be briefed on the potential effectiveness of personal carbon rationing within the first half of 2007.

Several issues need to be resolved, says Richard Starkey, senior research fellow at the Tyndall Centre for Climate Change and coauthor of a DEFRA-commissioned report on personal carbon trading. For a start, he says, it’s not even clear what cuts in emissions are needed or how they can be achieved. “The U.K. government can say it’s got the toughest target of any nation,” he told Conservation magazine, referring to the promised cuts of 60 percent by 2050. “That’s right. But it’s probably not enough.”

Making the scheme palatable to the electorate is a major challenge, says Fleming, who is nevertheless convinced of the need to act soon, even if the system isn’t perfect. “We’ve got to address carbon emissions very quickly indeed,” he says, “otherwise we’re stuffed.”