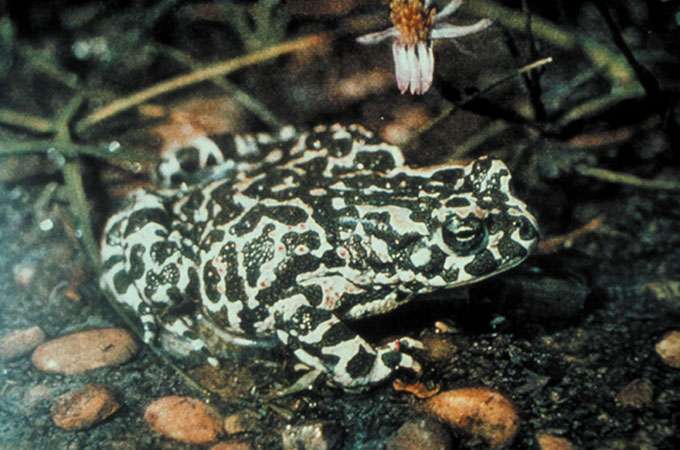 California is a hotspot of amphibian declines — half of the state’s frogs and toads are in trouble — and new research suggests that agricultural pesticides may be one of the biggest reasons.

“Declines of four…species were strongly associated with the amount of upwind agricultural land use, suggesting that wind-borne agrochemicals may be a factor,” say Carlos Davidson of California State University, Sacramento, Brad Shaffer of the University of California, Davis, and Mark Jennings of Rana Resources in Davis, California, in the December issue of Conservation Biology.

Davidson and his colleagues studied the effects of four factors thought to play a role in amphibian declines (pesticide use, habitat destruction, UV-B radiation, and climate change) of eight species in California (four frogs, two toads, one spadefoot toad, and one salamander). To identify areas where each species used to live but now no longer exists, the researchers compared historic distribution records with recent surveys.

Habitat destruction was linked to the declines of two species: sites that have lost the California tiger salamander (Ambystoma californiense) and the Western spadefoot toad (Spea hammondii) had 3 and 6 times more local urbanization, respectively, than did sites where these species still live. The spadefoot toad depends on vernal pools, many of which have been destroyed by urbanization or conversion to agriculture.

There is plenty of other evidence that pesticides contribute to amphibian declines. Pesticides applied on California’s Central Valley farmlands can end up in the Sierra Nevada mountains, and even low levels of pesticides can cause fatal immune suppression in amphibians. Major amphibian declines also have occurred downwind of large agricultural areas in Australia and Central America.