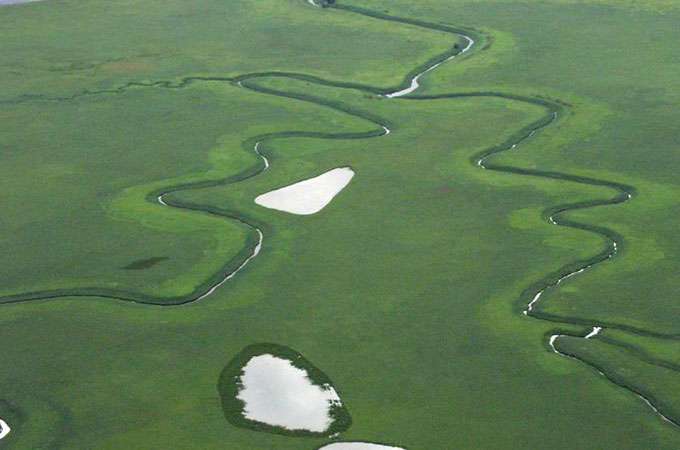 The conventional wisdom that nitrogen pollution threatens biodiversity may be wrong. Rather, the culprit might be too much phosphorus. New research shows that many more endangered plants are still surviving in areas where phosphorus is scarce than in those where nitrogen is scarce, which means these species are more likely to die out if phosphorus levels rise.

“These findings were a surprise,” says Martin Wassen of Utrecht University in The Netherlands, who with three coauthors reported this work in Nature. “We expected to find many more endangered species on nitrogen-limited sites.”

Nutrient pollution reduces plant biodiversity by favoring the species that grow fastest, which then block sunlight from reaching the many slower-growing species. In contrast, when nutrients are limited, slower-growing species also have a chance to thrive. Excess nitrogen has been blamed for local extinctions of plants in temperate forests, grasslands, and freshwater wetlands. However, this conclusion is based on studies that were done on a small scale and so might not apply universally.

Wassen’s is the first large-scale study of how nutrient limitation affects plant diversity. The researchers surveyed plants at 274 sites from Western Europe to Siberia; the sites ranged from freshwater wetlands such as bogs and marshes to moist grasslands. Sites were classified as nitrogen- or phosphorus-limited, based on the ratios of these nutrients in the plants.

This suggests that, when it comes to protecting plants, the focus should be shifted from reducing excess nitrogen to reducing excess phosphorus. “Policies biased towards reducing nitrogen enrichment are unlikely to provide adequate protection for the majority of endangered species in herbaceous ecosystems,” say the researchers.

Now, the researchers are doing experiments to pinpoint the source of excess phosphorus in the freshwater wetlands studied. Possibilities include fertilizer and over-extraction of groundwater containing minerals such as calcium that bind phosphorus.