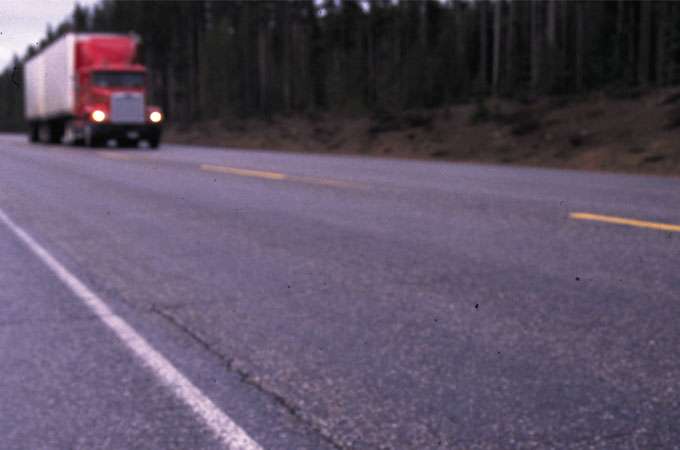 A first step in reducing roadkill is figuring out where animals are most likely to get hit along roads. New research shows that small animals in Canada’s Banff National Park are safest along raised roads and suggests that reducing roadkill may be as simple as providing enough culverts for wildlife to use as underpasses.

This work is presented by Anthony Clevenger, who is affiliated with the University of Calgary in Canada and the University of Tennessee in Knoxville, and Bryan Chruszcz and Kari Gunson of Parks Canada in Banff in the January issue of Biological Conservation.

To identify factors that make roads dangerous to animals, Clevenger and his colleagues determined the roadkill rates for small animals (up to the size of a coyote) in and near Banff National Park in western Alberta’s Central Canadian Rocky Mountains. They focused on small animals because most previous roadkill work has focused on large animals such as moose and elk. They recorded roadkills on two roads (the Trans-Canada Highway and the Bow Valley Parkway) and noted factors including topography, roadside habitat, and the presence of culverts and other wildlife road-crossing structures.

Clevenger and his colleagues found that of the factors studied, topography had the greatest impact on roadkills. Overall, small animals were far less likely to get killed on sections of roads that were raised than on sections that were level with the surrounding terrain. Specifically, roadkills were only about a tenth as likely on raised roads as on level ones.

Another important factor was the frequency of drainage culverts and other structures that let wildlife get across roads safely. Notably, mammals were less likely to be killed on road sections that were near culverts and underpasses. “When [these] passages are relatively far apart, there may be a greater tendency for animals to cross above the road, whereas when in close proximity, they are more likely to use them for safe passage,” say Clevenger and his colleagues.

The researchers’ recommendations for reducing roadkills include:

Road-killed bird on the Trans-Canada Highway, Banff, Alberta.  Photo by A. Clevenger