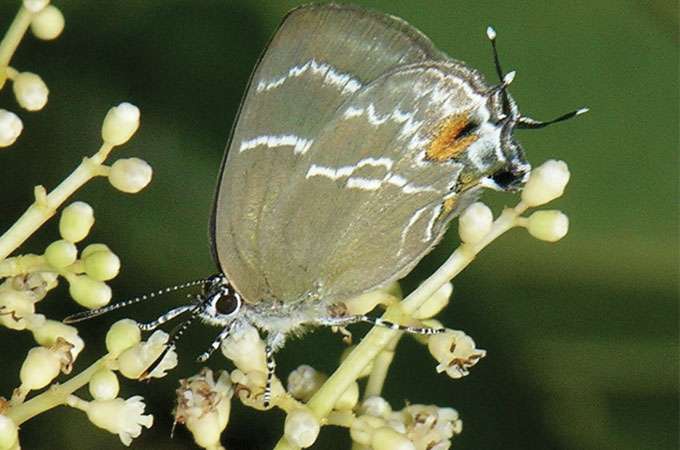 More species is not always a good thing—particularly for plants that are competing for pollinators. New research shows that, as the number of plant species in biodiversity hotspots goes up, their likelihood of reproducing goes down.

“Plants in biodiversity hotspots are precariously poised for speciation and extinction,” says Jana Vamosi of the University of Calgary, who reports this work with five coauthors in Proceedings of the National Academy of Sciences.

The researchers used data from 482 existing field studies of whether plants are getting enough pollen to maximize their fruit production. These studies typically compared fruit set in plants that were naturally pollinated to fruit set in those that were artificially supplemented by hand, with species that produced more fruit when hand-pollinated being “pollen limited.” The studies included 241 species from the major orders of flowering plants and from all continents except Antarctica. The researchers analyzed pollen limitation in the world’s ten plant biodiversity zones, which range from having fewer than 100 to more than 5,000 species per 10,000 square kilometers.

The results showed that, the greater the plant biodiversity, the greater their pollen limitation and thus the lower their chances of reproducing. For example, the impact of pollen limitation was about eight times greater in the zone with the most diversity than in the zone with the least diversity. The most affected plants were those that do not self-pollinate, many of which rely entirely on pollinators, and trees, which can be so far apart that they exceed the foraging ranges of most pollinators.

“High species diversity has often been seen as stabilizing ecosystems from extinction, but this shows that’s not necessarily the case,” says Vamosi. “It turns out that plants that have more species neighboring them may have to compete harder for pollination and may be more at risk of extinction.”

Pollen limitation in biodiversity hotspots could be either natural or caused by people; plants could be deprived of pollinators either by the constant evolution of new competitors or by habitat destruction and fragmentation. To see which, Vamosi will next compare pollen limitation in disturbed and undisturbed biodiversity-rich areas. Whatever the reason, the implications go beyond the plants in biodiversity hotspots. “If plant species disappear, this will have serious negative impacts on the animals that feed on them,” she says.