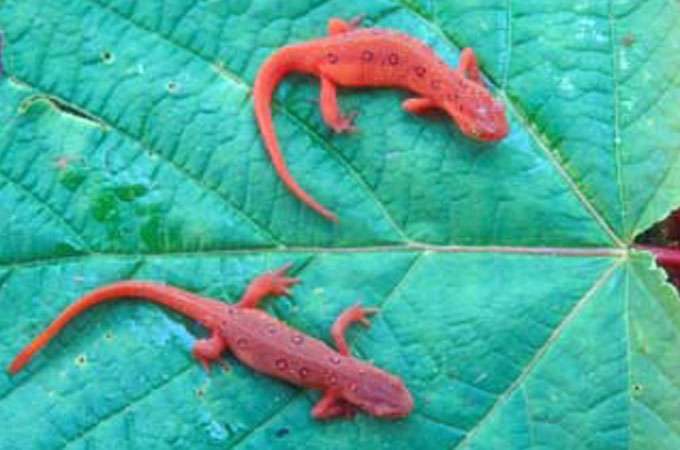 The link between amphibian declines and pesticide use has been puzzling because pesticide levels in nature are well below those that are lethal in the laboratory. New research helps explain this mystery: the presence of predators can make the pesticide carbaryl more toxic to tadpoles.

“When we include some of the natural ecology, even low concentrations of a pesticide can be highly lethal to amphibians,” says Rick Relyea of the University of Pittsburgh, Pennsylvania, in the December issue of Ecological Applications.

Sold under the commercial name Sevin, carbaryl is a neurotoxin used worldwide to control insects on crops, rangelands, and forests. Carbaryl works by inhibiting the neuroen-zyme acetylcholinesterase, a mechanism common to many other carbamate and organophosphate pesticides.

Relyea found that the combination of carbaryl and predator stress was more lethal in green frogs and bullfrogs (up to 8 and 46 times, respectively) than carbaryl alone.

This synergistic effect may also be at play in natural aquatic environments, where carbaryl levels can be much higher (up to 4.8 mg/L) than those that had effects in this study. “This suggests that apparently safe concentrations of carbaryl (and perhaps other pesticides with similar modes of action) can become more deadly to some amphibian species when combined with predator cues,” says Relyea.