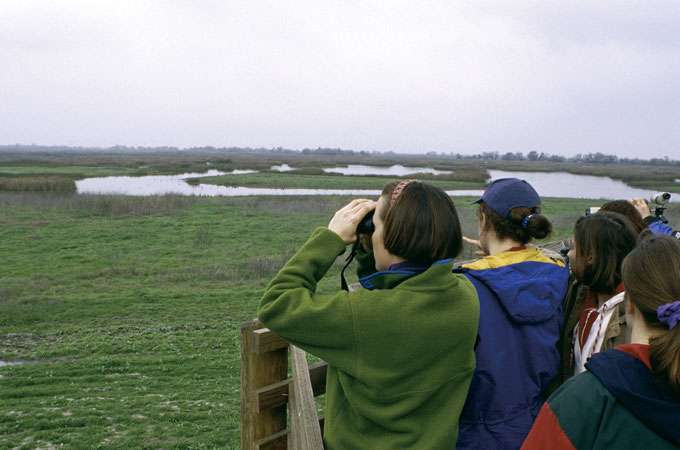 Because many wetlands are destroyed for roads, flood control, and other public works, the public must pay the hefty costs of conserving or creating wetlands elsewhere. What makes people willing to pay? A new survey shows that public access is one of the things they care about most.

The policy and science of wetland mitigation are somewhat at odds in the U.S. The “no net loss of wetlands” policy ranks restoration first, creation second, and preservation third. In contrast, conservationists favor preservation first and restoration second, and they view creation as a last resort. This is because new and restored wetlands are no substitute for natural wetlands. But no one knows where the public, who foots the bill, stands on this debate.

To learn more about what people want from wetland mitigation, the researchers surveyed 289 people in South Kingstown, Rhode Island. The survey assessed the relative importance of factors such as cost, size, public access, presence of endangered species, and type of mitigation (preservation, restoration, or creation). The people surveyed were familiar with the Galilee Bird Sanctuary Salt Marsh Restoration Project, a roughly 50-hectare Rhode Island Department of Transportation wetland mitigation project.

Swallow and his colleagues found that public access was more desirable than the presence of endangered species in wetland mitigation projects. People were willing to pay twice as much for projects with boardwalks as for those with endangered species (about US$54/year vs. about US$25/year). Moreover, using a model of how people would vote, given the choice among four mitigation scenarios, the researchers found that people would choose a restored wetland with public access rather than a natural wetland that was bigger and cheaper. The former got about half of the votes whereas the latter got about a third.

Knowing that people want access to wetlands can help conservationists tailor projects to please the public and to meet conservation goals. “If the cost of providing public access, such as a boardwalk or viewing tower, is relatively small, the gain in public support for mitigation expenditures may well allow a substantial expansion of the number of hectares involved in mitigation projects and thus a greater increase in the amount of habitat conserved,” say Swallow and his colleagues.

Photo by John and Karen Hollingsworth/USFWS