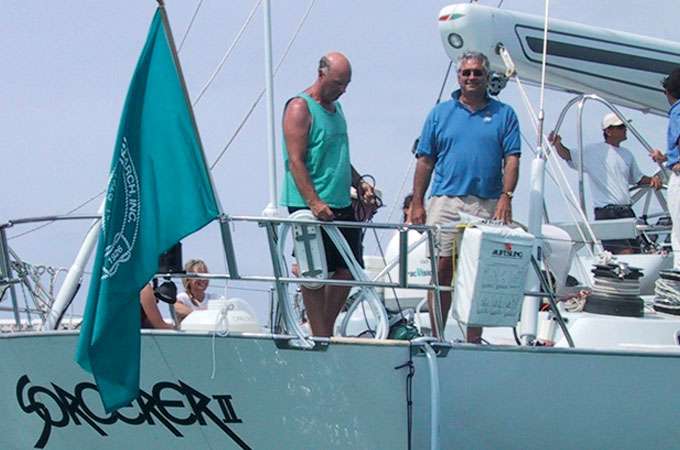 It took the invention of the microscope to enable the Dutch amateur scientist Anton van Leeuwenhoek to be the first to see the invisible world of protozoa and bacteria in 1674. More than 300 years later, genomics offers an equivalent, novel view of ocean life. Marine biologists are using genetic techniques to peer into seawater to find new microbial species, document microbial diversity, and determine microbes’ roles in marine communities.

The highest-profile practitioner of this growing science is J. Craig Venter, the biologist who led the private effort to sequence the human genome. Funded by the U.S. Department of Energy and the Gordon and Betty Moore foundation, among others, Venter is circling the globe in his 100-foot sailboat/research laboratory, Sorcerer II, stopping to drop anchor every 320 km to collect water samples. These samples are then analyzed using a technique called “whole genome shotgun sequencing,” in which DNA is blasted through a tiny nozzle so that it explodes into tens of millions of tiny fragments. These fragments are then easily sequenced and pasted back together into a whole genome via powerful computer algorithms.

Genomics “is a big window into a world that we haven’t looked at before,” DeLong says. “All these technologies that have been developed for the Human Genome Project are starting to get applied to marine biology—the field is pretty dynamic. The potential is obvious and the applications are pretty vast.”

Traditionally, scientists have studied microbes by cultivating them in the laboratory, but it is nearly impossible to replicate the kinds of marine environments that host most marine microbial species. Even if marine microbes could be cultivated, they have few morphological characteristics that enable scientists to distinguish or categorize them. Thus, DeLong says, “Much of the vast amount of naturally occurring microbial diversity was simply underappreciated, because there was no way to observe it.”

These microbial communities are of more than just scientific interest. Microbes cycle carbon, nitrogen, phosphorus, mercury, and other elements through the ecosystem; in doing so, they’re like a multitude of microengines that form the base of the food web and regulate the climate. And there are lots of them—roughly one billion bacteria per liter of water and 10 times that number of viruses, Chisholm says.

In 1985, when Chisholm discovered Prochlorococcus , a tiny marine cyanobacterium responsible for as much as half of all photosynthesis in the sea, few of the genomic techniques commonly in use now even existed. Today, she and her coresearchers are sequencing whole genomes of Prochlorococcus strains to discover how genes regulate the bacteria’s fitness in different light regimes and thus their distribution and abundance in the world’s oceans (1).

“Collectively [the microbial world] contains more genetic information than the human genome,” she said. “Its composition reflects the state of the ecosystem, and that can give us insights into the extent to which humans have influenced the system, particularly in coastal waters.”

Venter used the shotgunning technique to evaluate the diversity of an entire marine microbial ecosystem in the Sargasso Sea (2). He chose the Sargasso because it is relatively nutrient-poor and thus, Venter hoped, easy to categorize. But instead of finding just a few organisms, Venter found at least 1,800 species and more than 1.2 million new genes.

“The field of environmental genomics has the potential to revolutionize the way our oceans, soil, and whole ecosystems and environments are studied,” Venter said when the Sargasso Sea paper was published in Science. “It is estimated that over 99 percent of species remain to be discovered.”

Part of Venter’s sequencing effort is an attempt to take advantage of the elemental nature of microbes: there might be as-yet-undiscovered microbes that are able to consume oil spills and other sorts of pollution, produce new pharmaceuticals, or provide new sources of energy.

DeLong equates the microbial environment to the rainforest—full of unknown species that interact in unknown ways. The analogy also holds with respect to conserving these poorly known ecosystems, he says. In the summer of 2005, DeLong attended a conference at the Gordon and Betty Moore Foundation that included a discussion of how conservation biology should be applied to marine microbial communities. No one yet knows the answer, he says.

“People are just beginning to think about how to make these connections,” he said.

Photo courtesy of the Venter Institute