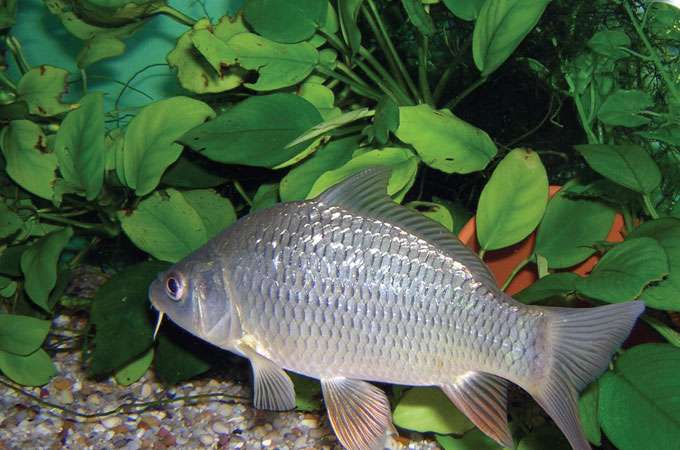 Underwater noise pollution is on the rise worldwide, and new research shows that it stresses freshwater fish. Recordings of ship noise doubled secretions of the stress hormone cortisol in three species of fish that live in European lakes and rivers.

Noise can both disrupt behavior and stress animals physiologically. The few underwater noise studies done on fish show that noise from high-speed boats can disrupt spawning and that exceptionally loud noises such as explosions or air-gun detonations can increase cortisol levels in marine species. Cortisol is the primary stress-related hormone in fish and many other animals and can be detrimental to growth, reproduction, and survival.

Although less intense, ship noise is also more common than explosions in marine and freshwater environments. To see whether ship noise stresses fish, the researchers recorded ships underwater in the Danube River and in two Austrian lakes, the Mondsee and the Traunsee. Next they played the recordings for 30 minutes to freshwater fish in the laboratory then tested the surrounding water for cortisol. The fish were the common carp (Cyprinus carpio), the gudgeon (Gobio gobio), and the European perch (Perca fluviatilis).

The results showed that ship noise roughly doubled cortisol levels, with the fish secreting 80-120 percent more of this stress hormone, depending on the species. “If this effect is significant in the field, we’ve got a big problem on large rivers everywhere in the world,” says Christian Baumgartner, a zoologist at the Donau-Auen National Park in Austria. Indeed, the researchers point out that the impact could be even greater in the field because fish are usually exposed to ship noise for longer than the 30-minute exposures in the laboratory.

Besides being loud, ship noise is variable. To see which aspect of ship noise affects fish, the researchers exposed them to continuous Gaussian (white) noise that was as intense as the recorded ship noise at its loudest. The results showed that white noise had no effect on cortisol levels, suggesting that fish are stressed by the variability rather than the intensity of ship noise. This is not surprising, given that many fish live in naturally loud habitats such as seashores and rocky creeks and so must be able to adapt to continuous noise.

Passenger ships are now designed to be quieter onboard for people’s comfort, and marine research vessels are required to be quieter underwater. The researchers recommend similar noise restrictions for freshwater ships.