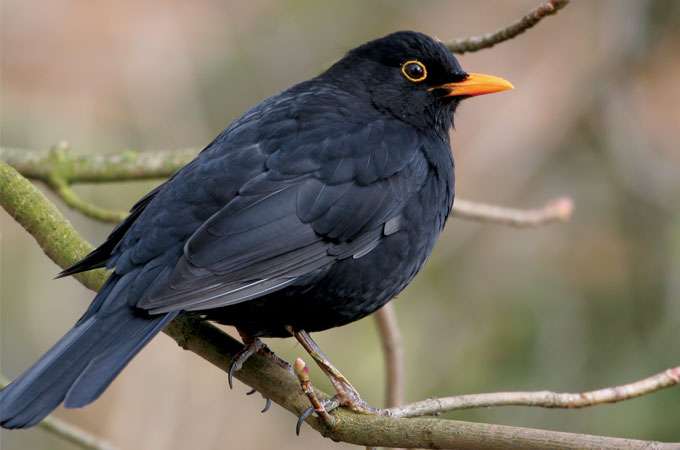 Showy Males Most Vulnerable to Warming

As the world warms, many birds are migrating earlier in the spring, but some species are arriving on breeding grounds even earlier than others. A new study suggests that the difference may lie in the birds’ mating systems: the most-affected species are those whose males vie hardest for females. Getting to the breeding grounds first is an advantage to these males—they are more likely to be chosen by a female, presumably because they were less taxed by the arduous migration than males straggling in later.

This work is presented in Proceedings of the Royal Society by Claire Spottiswoode of the University of Cambridge in the U.K. and two coauthors.

To find out whether the birds migrating earliest are also those whose females are choosiest, the researchers analyzed two decades of spring arrival dates for nine species of birds on two islands—Christiansø, off the coast of Denmark; and Heligoland, off the coast of Germany. The birds use the islands as a stopover en route to their breeding grounds in Scandinavia. Males of species that compete for mates tend to be showier, have larger testes, and be more promiscuous; the researchers used all three of these measures of female choice.

The results showed that the timing of spring migration is linked to the females’ choosiness. Over the two decades studied, migrations averaged one-third of a day earlier per year in species with flamboyant, promiscuous males such as the reed bunting (Emberiza schoeniclus), whose males have striking black heads and white breasts. In contrast, the timing of migration hardly changed in species with drab males, such as the marsh warbler (Acrocephalus palustris).

The impacts of earlier spring migration are still unknown and may vary, depending on the species, says Paul Donald of the Royal Society for the Protection of Birds in Bedfordshire, the U.K. Some birds that migrate early may find more to eat because their food supplies are also peaking earlier. But other birds could arrive so early that there isn’t enough food and the weather is still harsh. “Either way, however, female choice could help assess which species are likely to be most vulnerable to climate change,” says Donald.