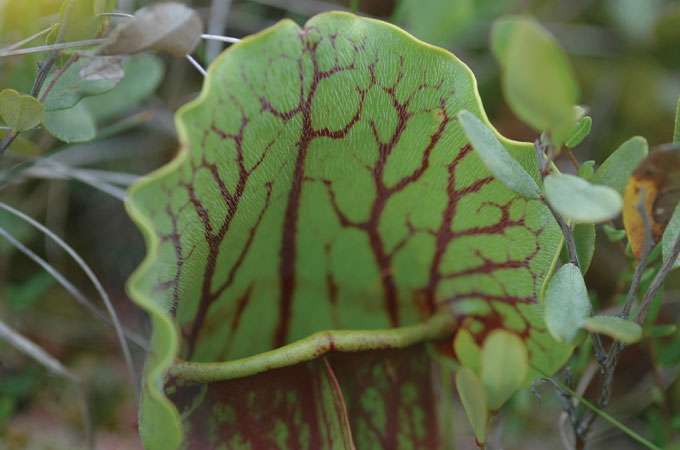 Bigger habitats aren’t always better. New research shows that the mix of species—and how they affect each other—may matter even more than sheer size. Especially important is the trophic web of organisms that variously eat or are eaten by others.

“This is the first experimental confirmation that trophic structure can determine species abundances in the face of habitat loss,” say Nicholas Gotelli of the University of Vermont in Burlington and Aaron Ellison of Harvard University’s Harvard Forest in Petersham, Massachusetts, in Public Library of Science Biology.

Because species generally decline as their ranges shrink, habitat size is often used to predict their abundances. But this approach may be too simplistic. For example, habitat loss also causes top predator loss, which could independently affect the many other species linked in a web of predators, prey, and competitors.

Until now, though, it’s been hard to separate the effects of habitat loss from those of species interactions. The researchers finessed this problem by studying pitcher plants, which provide habitat for miniature but complex aquatic ecosystems. These carnivorous plants have tubular leaves that trap prey, and as the leaves fill with rain they rapidly develop food webs with the prey carcasses at the bottom and organisms such as bacteria, rotifers, and small insect larvae in the middle. Large insect larvae are at the top.

The researchers mimicked habitat size variations and top predator loss in the leaves of 50 northern pitcher plants (Sarracenia purpurea) during the summer 2002 growing season in Vermont’s Moose Bog. The leaves typically contain about five or six milliliters of water. The researchers shrank the habitat by removing all but about two milliliters from some leaves and expanded the habitat by filling other leaves up to about 15 milliliters. They simulated top predator loss by removing all the large fly, midge, and mosquito larvae. Then, each week the researchers censused the organisms in the experimental leaves and used the data to test models that predict species abundances based on habitat size, mosquito larvae as a keystone predator, or food webs.

The results showed that, despite the dramatic experimental variations in habitat size, the food web models were the best fit with the observed species abundances. These models showed that bacteria affect both protozoa and mites, which in turn affect mosquitos and rotifers, respectively. Next best was the keystone predator model, which showed that mosquito larvae prey on rotifers and are preyed upon by fly larvae. In comparison, the habitat size model was a poor fit: volume hardly affected many of the species.

Of course, this doesn’t mean that habitat loss does not affect species abundances. Rather, conservationists should also factor in the links among species. “Habitat area alone may be insufficient to predict changes in population size,” say the researchers.