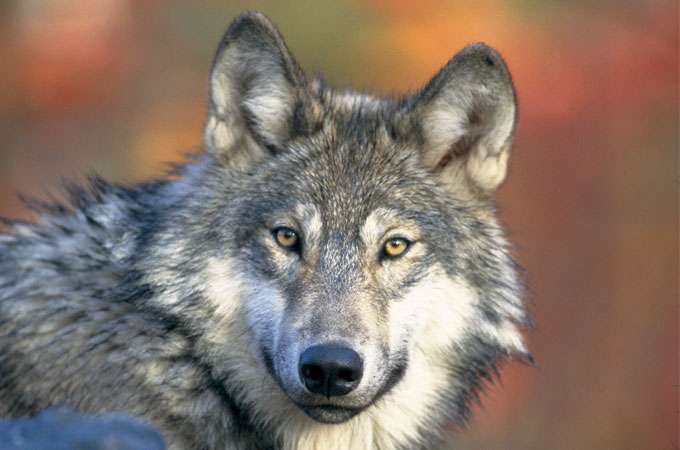 Although endangered populations are typically delisted once they reach a certain population threshold, this doesn’t tell the whole story. Yellowstone Ecosystem wolves and grizzly bears are close to being delisted — but new research suggests that their wide-ranging ecological effects have not yet been restored.

Delisting thresholds may be adequate for the survival of wolves (Canis lupus) and grizzly bears (Ursus arctos) in the Yellowstone Ecosystem. But there is more at stake because these carnivores affect their ecosystems at many levels. For instance, wolves and bears decrease the densities of some hooved mammals, which decrease browsing on willow communities, which in turn increase the diversity and nesting densities of migratory songbirds.

Pyare and Berger investigated a potential measure of “ecosystem recovery” for carnivores: whether their prey respond to them appropriately. The researchers used snowballs soaked in wolf urine or grizzly bear feces to compare the anti-predator responses of moose (Alces alces) in two areas: 1) those where there are so many wolves and grizzly bears that they commonly prey on young moose (Alaska’s Talkeetna Mountains and Denali National Park and Preserve) and 2) those where wolves and grizzly bears are recolonizing (Wyoming’s Grand Teton National Park, which is part of the Yellowstone Ecosystem).

Moose responses to predators range from vigilance (such as putting their ears forward) to aggression (such as erecting their nape fur, which makes them look bigger and more menacing) to leaving the area.

These findings suggest that for large carnivores, populations that are big enough for delisting may not yet be big enough for ecosystem recovery. “Efforts should be directed to determining not just at what level a population is viable, but what additional population increases may restore ecological functionality,” say Pyare and Berger.


Note: This research made Rush Limbaugh’s May 2003 newsletter. The piece was called “Yellow Snow” and featured a cartoon of men in lab coats pelting a moose with snowballs. Berger comments, “I just can’t figure out where some people come from when they ridicule applied science steeped in conservation. It seems that nothing could be more wholesome than wanting a good healthy environment.”