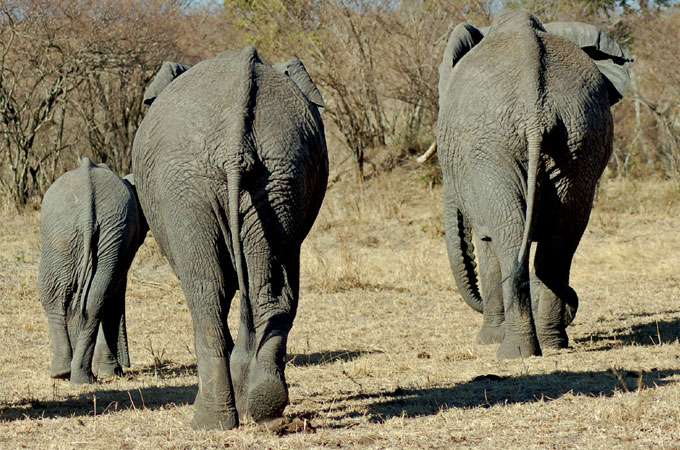 Angry bees could be the way to control rampaging elephants

A refreshingly low-tech solution to the problem of crop-raiding elephants (Loxodonta africana) has been found, scientists report in Current Biology. You and I know it’s not a good idea to hang around a nest of disturbed African bees (Apis mellifera scutellata), and so do elephants. Even the sound of an angry hive is enough to convince them to move on: there are places where even the most thick-skinned pachyderm doesn’t want to get stung. Lucy King and colleagues at Nairobi’s Save the Elephants played recordings of unhappy swarms through tree-mounted loudspeakers. Family groups, including the “Spice Girls” (the connection between the princesses of pop escapes us), vacated the area as fast as their padding feet could carry them. As a way to control elephants, the method certainly has merit: replacing the loudspeakers with real bee hives also raises the potential for an extra source of revenue—honey.