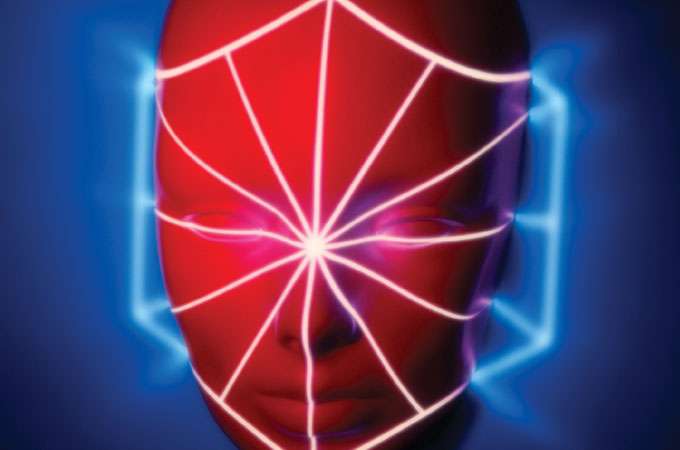 There’s no more classic question in biology than “What is this?” Preferably with an eyebrow cocked or nose averted. It’s also one of the hardest questions to answer, given Earth’s staggering diversity. But just as fingerprint and photographic databases have revolutionized the work of crime-fighters, scientists may soon be able to summon SPIDA-web.

Not any snapshot will do. You’ll need close-ups of taxonomically relevant structures taken through a simple, microscope-mounted camera. A process called wavelet transformation (similar to Fourier transformation) progressively reduces the image to a coarser copy of itself and preserves gross shape information while eliminating unnecessary details such as hairs or spines. The technology is well vetted for appli-cations such as voice and face recognition and is often used by financial institutions and law enforcement.

For species identification, SPIDA-web is fed images that are designated either a given species or not a given species; only those two output options are allowed. SPIDA-web then evaluates the available information and comes up with its own discrimination criteria, creating new neural connections. In essence, it enhances some features while inhibiting others and then matches specific patterns to a genus or species. The system must learn to account not only for the natural variation between species but also for slight differences in poses and camera angles. The catch is that, once the engine is trained, it’s not possible to jack it open and tinker with it.

Initially, SPIDA-web will be able to handle just two families of Australasian spiders (Trochanteriidae and Prodidomidae, recently revised by collaborator and museum systematist Norman I. Platnick) along with a more disparate group collected by Russell in Tennessee. Each species has its own network, and the system cycles through them until it finds a match. Presented with an image it was not trained to recognize, SPIDA-web will incorporate it as an unknown. After later identification by an expert, the species could be named and other identifying information added to the database. The final engine should be extensible to other groups, and work is planned on dragonflies and bees. For each new group, researchers would need to set up and train new artificial neural networks.

Russell hopes SPIDA-web will help alleviate the burden of routine species identifications on already overworked systematists. In 1993, Nigel Stork at the Cooperative Research Centre for Tropical Rainforest Ecology and Management in Australia correlated the rates of invertebrate extinction with the shortage of systematists and predicted that “a species is almost twice as likely to become extinct than to be described!” Although the field has rebounded somewhat, there is still a pressing need for identification. Processing millions of specimens is not the systematists’ dream job, and when they do take on identification work, they tend to get overwhelmed. To tackle invertebrates, you’d need an army of specialists, says Russell. But a fully operational SPIDA-web (if it finds the necessary funding and base of operations) would be Internet-based and would have the ability to evolve.

SPIDA-web will not replace the systematist-it is only an identification tool and may achieve only 95-percent accuracy. But it could cut the backlog and enhance the ability of ecologists to work with largely understudied invertebrates. “Almost everything we know right now about conservation and ecology and ecosystem processes comes from the study of maybe one percent of the organisms out there,” argues Russell. “And that’s not a random one percent.”

Erik Ness is a writer based in Madison, Wisconsin.