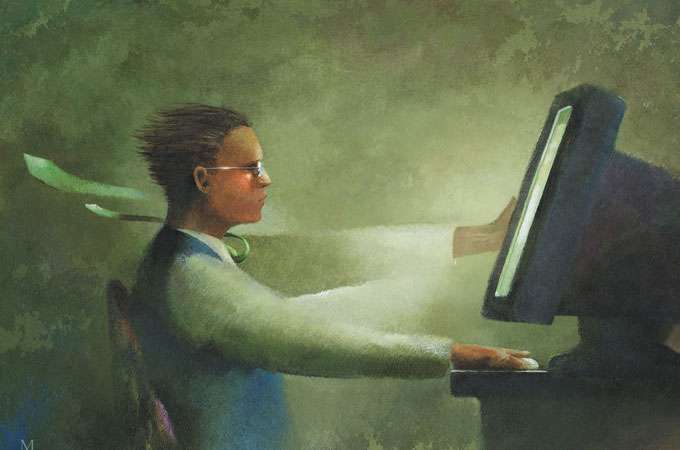 Imagine that you are having chest pains. Concerned, you go immediately to a team of doctors who run a battery of tests. The results come back, and the doctors tell you that you have a serious condition that requires a risky new procedure. When you ask the doctors how they selected this treatment, they say: “Well, we have talked to some colleagues, we listened to a few presentations at a conference last year, and we read a journal article about it.” How confident do you feel about your doctor’s decision?

That, unfortunately, bears more than a passing resemblance to how conservation practitioners make decisions. This does not mean that practitioners are guilty of conservation malpractice — quite the opposite is true. The vast majority of conservationists seek the best methods to solve pressing problems. They too often do so, however, on the basis of woefully incomplete information and evidence.

You can hardly blame them. Most people working on conservation problems in most places on the earth cannot access the large and scattered literature on conservation science and practice. And conservation organizations, for their part, are hugely wasteful of knowledge — creating it at considerable expense but failing to reuse it internally or externally.

The Biodiversity Knowledge Commons is taking shape not as a single centralized archive but rather as a global network of distributed databases located in NGOs, government agencies, museums, and academic institutions. Through a powerful search engine, conservation practitioners anywhere in the world can find useful and credible information as well as authoritative syntheses, guidance, tools, or models of good practice. Likewise, practitioners and scientists can make their own data and expertise available.

The Pilot
In early 2002, The Nature Conservancy (TNC) and Conservation International (CI) launched a collaborative information-sharing initiative. This partnership, the first pilot for the Biodiversity Knowledge Commons, builds on existing web-based projects at the two organizations: ConserveOnline (www.conserveonline.org) at TNC and the Center for Applied Biodiversity Science Knowledge Management System (CABS/KMS) at CI. Both of these sites feature extensive databases of conservation-related documents, images, maps, and data sets — and they are now fully integrated. This integration offers a glimpse not only into the look and feel of the larger Biodiversity Knowledge Commons but also into how organizations with differing approaches and priorities can share information freely and bring others into the fold; more organizations, such as Birdlife International, will be joining the TNC/CI partnership soon.

Here’s how it works. A simple keyword search generates a list of related resources held in the TNC and CI repositories and in the NatureServe species and ecosystem database. It also lists abstracts of related articles in Conservation Biology. So, for example, a reserve manager working in the southeastern United States could search for information on “coastal plain” and find 76 resources including maps, species information, U.S. and international conservation plans and assessments, practical information on fire management and pest control, and scholarly research.

On a more sophisticated level, the search finds spatial data and maps held by TNC and CI and provides access to public and commercial global, regional, national, and sub-national data sets and satellite imagery. The Conservancy has developed a mechanism that allows users to search for information through a map interface to find all the data, documents, and images related to a particular place, and then to create new maps that draw on extensive Geographic Information System data layers. The first release is now available through ConserveOnline. Conservation International is also developing a system to make its spatial data available through the Biodiversity Knowledge Commons.

Another goal of the collaboration between TNC and CI is to build and maintain communities of practice. To that end, the site provides access not only to highly structured tabular and spatial data but also highly unstructured conversations among conservation professionals. Moderated discussion groups on roughly 20 topics, including climate change, grassland management, eco-regional planning, and invasive species, provide forums for exchanging conservation information and experience. These discussions and archives are not exclusive to the Conservancy and CI; they are open to anyone with relevant conservation experience.

Underpinnings of a Working Commons
Putting the technology in place to make the Commons function is no doubt a formidable challenge. But just as important are the nontechnical managerial and organizational aspects of the endeavor. We list several of these issues.

Quality Control. There is an important balance between openness and quality control. The issue is particularly acute for ConserveOnline since it is the corner of the Commons most open to contributions from anyone, not just those employed by the major partners in the Commons effort. ConserveOnline uses a three-tiered approach: 1) an initial review by ConserveOnline staff to ensure that submissions are relevant to conservation; 2) reader reviews akin to the Amazon.com four-star rating system; and 3) reviews by experts in various fields to identify best practices. Search results are organized according to review status so that those documents that have received expert review appear first, followed by those with reader reviews, and finally by those that have undergone an initial staff review.

Consistent Formats and Standards. The data on biodiversity are extensive but are not in standard formats and are housed on systems that cannot communicate readily with each other. The Common’s partners are just beginning to grapple with this problem. For example, as part of the TNC partnership with CI, both organizations are moving toward standard web systems. Another option may be to adopt existing standards such as the Dublin Core metadata standard initiated by the library science community to standardize how fields are defined in different databases (www.dublincore.org).

Knowledge Accumulation. The conservation community generally has done a good job of collecting biodiversity data — such as the size and location of populations of species and ecological communities — and making them widely available. It has paid less attention to gathering information about how people have analyzed or used these data. That knowledge often is embedded in conservation plans and other gray literature that are difficult to access. One of the goals of the Commons is to make not only data sharing possible but to make this kind of knowledge widely available.

Culture of Sharing. A wider cultural shift in conservation is required one that transforms conservation practice so that learning from experience and especially from failure becomes an expectation and a duty. Other professions can offer inspiration and insight in this regard. For example, information sharing is standard practice in biophysics, astronomy, and genetics. In these fields, making data public through, for example, the National Center for Biotechnology Information is a condition for research grants and journal publication.

NatureServe Explorer (www.natureserve.org/explorer) is a source for authoritative conservation information (including conservation status, taxonomic, and distribution information) for more than 50,000 plants, animals, and ecological communities of the U.S. and Canada.

Species Information Service (sis.icunsis.org/), under development by the IUCN’s Species Survival Commission (SSC), provides access to the abundant data and information contained within the SSC network. A prototype of the system is now available.

ECOLEX (www.ecolex.org), a collaboration between IUCN, UNEP, and the Food and Agriculture Organization, combines the environmental law information holdings of UNEP and IUCN and soon, FAO. The database includes bibliographic and analytical information on multilateral and bilateral treaties, European Union legal instruments, national legislation, soft-law, and other nonbinding policy and technical guidance documents, judicial decisions, and law and policy literature. Some information is linked to the original documents.

The Convention on Biological Diversity (www.biodiv.org/chm/default.aspx) has established a Clearing-House Mechanism to ensure that all governments have access to the information and technologies they need for their work on biodiversity.

Jonathan Adams and Frank Biasi work for The Nature Conservancy, Colin Bibby is an independent consultant for the Biodiversity Conservation Information System, and Martin Sneary works for Birdlife International.