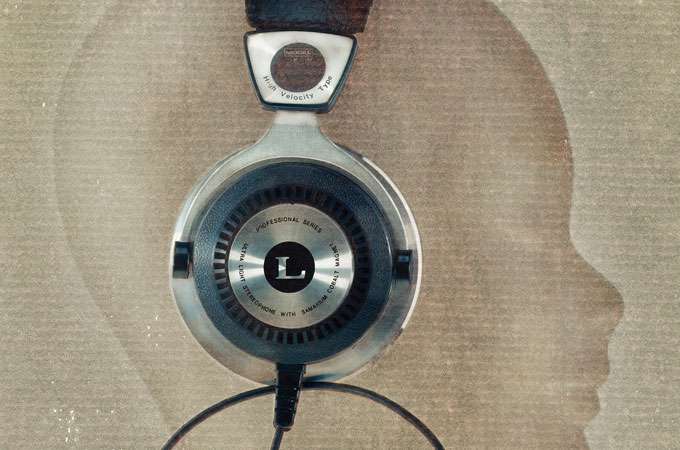 Bioacoustic monitoring portends a sweeping change in our ability to listen in on the cacophony of the wild world—and perhaps even make sense of it.

The afternoon doldrums hang heavy over Dzanga Bai. On the edge of this forest clearing in the Central African Republic, half a dozen researchers and Ba’Aka assistants perch on an elevated platform, sweating, swatting flies, and gazing through binoculars at the forest elephants below.

Ordinarily, this species of elephant (Loxo-donta cyclotis) stays hidden beneath the forest canopy. Their trumpets and rumbles are occasionally heard, but the elephants themselves are rarely seen—except in rare clearings like this one. They come here to dig pits in the sand and drink the briny water that lies below.

At present, 100-odd elephants are milling about, cavorting, scoping out mates, or digging for minerals. But the researchers’ attention is focused on a single mineral pit where a stout-tusked male named Eli stands, sucking brine into his trunk. Greyboy, a smaller male, lumbers toward the same pit.

And then it happens—Eli lunges out of the pit and rushes at Greyboy. Just before the two freight trains collide, Greyboy turns and runs, shrieking. Eli returns to his pit, rumbling deeply. He is answered by two higher-pitched rumbles coming from other elephants.

These rumbles and shrieks are recorded by a network of eight acoustic monitoring devices placed around the clearing. But it’s no simple tape-recording. The network is so finely tuned that it uses millisecond differences between the times when sounds arrive at different sensors to pinpoint the specific elephant—out of 100 animals—that gave a particular call.

Welcome to the world of bioacoustic monitoring, where the cacophony of wild beasts and the quiet toil of conservation merge into one.

It may sound technophile, but the data collected by this gadgetry will apply directly to an important conservation problem: using the calls of these elephants to estimate the size and structure of their otherwise-invisible population and to monitor changes that might portend poaching.

Bioacoustic monitoring is an obvious fit for describing populations that inhabit dense forests, underwater habitats, or other niches where visual observation is difficult or impossible. It’s also ideal for species that are sensitive to disturbance, since you can monitor for months without visiting the site. And acoustic monitoring is less labor-intensive than many other animal-counting methods.

But the potential power of the technique goes far beyond that, says Katy Payne, the researcher with the Cornell University Bioacoustics Research Program who is spearheading the Elephant Listening Project. Payne believes that elephant calls contain indicators about health, behavior, and reproduction. If monitoring networks can be made to recognize those indicators—and Payne and her colleagues are working to do just that—then bioacoustic monitoring can be used not only for estimating population size but also for gauging the viability of those populations and diagnosing threats as they occur.

The irony of acoustic elephant monitoring is that without it, we can’t even hear much of what the elephants are saying: this invisible world was hidden right in front of human eyes—and ears—until Payne serendipitously discovered it 20 years ago.

Payne had spent 15 years studying whale songs. And then, while she was visiting a zoo in Portland, Oregon, in 1984, she noticed a throbbing in the air. The way it reverberated through her frame recalled a childhood memory—low notes from a pipe organ at a chapel near her house had given her that same feeling when she stood close by. Days later, she returned to the zoo with acoustic monitoring equipment and confirmed her suspicion: these elephants were rumbling out a steady stream of infrasonic calls that no one had ever noticed, some of them almost an octave below human hearing.

That discovery sent animal communication research—and Katy Payne—off in new directions. “After years of studying whales and being able to hear them but not see them,” says Payne, “it was just magnificent to spend time actually watching the behavior of these very emotional, mutually supportive animals.” And that she did, studying infrasonic calls in African savanna elephants. It’s now known that most elephant calls dip below human hearing, and many of these calls provide long-distance communication.

Payne’s research with elephants continued over two decades, but it was a burning conservation need—monitoring elephant populations for signs of poaching—that turned her attention to forest elephants (see box opposite). So severe is the lack of information on forest elephants that their worldwide population estimates vary from 24,000 to 209,000.

At daybreak in Dzanga Bai, Payne and her team walk two kilometers of elephant trail from their camp to the clearing, lugging along computers and cameras. As the clearing opens before them, a cool morning breeze greets them with the sweet smell of elephant dung. They climb to the observation platform and begin assembling cameras and tripods.

The eight autonomous recording units (ARUs) surrounding the clearing were hung in trees three weeks ago and haven’t been touched since. Each ARU includes a microphone, computer, hard drive for storing data, batteries, and GPS. The GPS provides precise timing so each ARU can synchronize with other units to pinpoint the source of a call. Each ARU is programmed to specify which frequency ranges will be recorded, during which times of day, and so on. If ARUs record 24/7, their batteries can sustain them for three months. If recording is more limited, say only at dawn and dusk, batteries can last many months.

During daylight, the researchers film the clearing with video cameras and visually count elephants every 30 minutes, while digital cameras automatically record still photos every 60 seconds.

Dzanga Bai is where the Rosetta Stone of elephant-speak is being etched, rumble by rumble and shriek by shriek; this is made possible by the fact that you can actually see the elephants you’re listening to—a rare thing with these animals. “From the data that we get in Dzanga,” explains Payne, “we can create a model that we can use for interpreting calls in forests where the elephants aren’t seen at all.”

By “model,” Payne means a statistical curve that correlates call rate with elephant group size. Elephant calling is contagious: the larger the ele-phant group, the more often each elephant calls. The data contain plenty of scatter, but the overall correlation, says Payne, is robust.

Take the showdown between Eli and Greyboy, for example. It included three call types: Greyboy’s shriek, indicating subordinance by an adult male; Eli’s deep-throated rumble, advertising his testosterone-charged, mating-primed dominant “musth” status; and the replies of two females, acknowledging the presence of a musth male. All told, these elephants probably use several dozen distinct call types. Acoustic systems that identify the most salient of these call types could go a long way toward indicating the health of a population. “If there’s a lot of poaching, you would hear few adult males because in this species they’re the only ones with long tusks,” says Payne. “If you don’t hear infants, you may guess that there hasn’t been much reproduction. But if you hear the sounds of reproduction, adult males, females, and infants, then it’s sounding good.”

The current way to estimate forest elephant numbers is dung counting. This is done in Kakum National Park, where forest elephants stay conspicuously out of sight. African researchers periodically walk the long elephant trails and count dung piles, but in such a dense forest they can see only a few meters to either side. By comparison, a single ARU can detect most elephant sounds within at least one square kilometer.

When estimates from acoustic monitoring and dung counting in Kakum were compared in 2002, they were found, in rough terms, to agree. But Kakum also presented a different challenge: elephants were periodically emerging from the forest and marauding crops planted along the forest margin. Local landowners had cooperated with the government to establish a wildlife reserve in Kakum, but elephant crop raiding threatened to poison that spirit. The local elders asked Payne whether her ARUs could help. The idea was to use the calls of unseen elephants to alert farmers when a crop raid was imminent.

But was it really possible to tell when elephants were about to raid just by listening to their calls? Payne’s team studied the problem by laying an “acoustic net” of 11 ARUs along the margin of the forest near the oft-raided crops. During one month, elephants crossed the acoustic net and raided crops eight times.
Although 1,040 calls were recorded, no signature for crop raiding was identified. However, the acoustic net revealed two unexpected things. First, elephants inside the park were spending most of their time—or doing most of their talking—in hotspots, staging areas from which the elephants departed for crop raiding. And second, a great many gunshots were recorded after dark.

Payne’s long-term goal is to put acoustic monitoring into local hands in order to address local and regional conservation issues. “What we’re headed for,” says Payne, “is the simplest possible procedures for monitoring in remote areas of Africa, procedures that local African wildlife officers could follow to deploy the units and retrieve data. The point is for them to find out for themselves what their parks contain, whether poaching is going on, and how things are changing with time.”

Although ARUs can now be deployed and retrieved by locals, analyzing the data on computers is less user-friendly. But this problem should be solved by another of Payne’s long-term goals: programming ARUs to identify and count specific call types automatically. Local operators could then dial up the ARUs on satellite phones and be told the number of male musth calls heard in the past week.

Developing digital processes to identify specific call types is itself a mammoth project. The team has grappled with this for two years, but they’re well on the way to succeeding. Christopher Clark, who developed the ARU technology, now heads the Cornell Bioacoustics Research Program, which in itself represents a revolution. “I just had a PhD student analyze half a million hours of whale sounds, which is incomprehensible,” says Clark. “That was possible because we had the software tools. You set up the batch processes and they just run all weekend.” Best of all, standard PC computers are now fast enough to run such analyses. But developing more sophisticated processes, such as sorting the calls that can be used as indicators of population health, is taking longer.

The question is, when can acoustic monitoring be used by the odd national park or wildlife refuge—specifically, when can it be done on the cheap? The answer, say Payne and Clark, is soon. ARUs currently cost about US$1,000 each to manufacture (the Cornell lab builds them for collaborators). But as with Pentium chips, MP3 players, and other electronic gizmos, costs are rapidly falling while capability continues to rise. Better yet, ARUs can be reused season after season, enhancing their cost-effectiveness.

There’s no telling what even a modest investment in acoustic monitoring will reveal. This remains just as true today as it was on that fateful day 20 years ago when Payne turned on her acoustic unit to discover that infrasonic elephant calls had been hiding in plain sight for the entire history of human-elephant contact.

At Kakum, the team unexpectedly discovered that gunshots often occur after dusk. This finding has stimulated the Cornell team to develop ARU software for automatically identifying gunshots.

Meanwhile, Payne and Clark envision taking acoustic monitoring to greater lengths—recording and analyzing the total sound representation, or soundscape, of entire ecosystems. Soundscape monitoring could actually probe biodiversity by recording the sounds—whether soothing or strident, ultrasonic or infrasonic—of any and all noise-making creatures, from bats to elephants. “The wild world is a very noisy place,” says Payne, “and the better we listen, the more we’ll learn about it.”

Douglas Fox is a freelance wirter based in San Francisco, California.