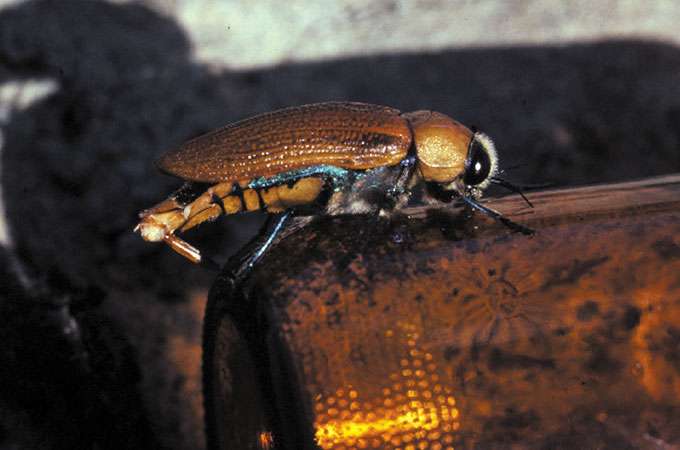 The Pitfalls of Doing What Comes Naturally

Doing what comes naturally can work against wildlife in an unnatural world. Animals use environmental cues to choose habitats and guide their behavior — but altered environments can “trap” animals into making wrong choices. To fix traps, managers need to understand the cues that lead wildlife into them.

“Ecological and evolutionary traps… can potentially result in widespread maladaptive behaviors, leading to population declines and extinctions,” say Martin Schlaepfer and Paul Sherman of Cornell University in Ithaca, New York, and Michael Runge of the U.S. Geological Survey Patuxent Wildlife Research Center in Laurel, Maryland, in the October issue of Trends in Ecology and Evolution.

Ecological traps result from human-made changes that make animals choose the wrong habitats, such as:

Nesting: grassland birds prefer to nest in low vegetation — but nesting in fields makes their chicks vulnerable to haying machines.

Laying eggs: mayflies (Ephemeroptera) use reflected light that is horizontally polarized to identify pools of water — but asphalt also polarizes light horizontally and mayflies sometimes lay their eggs on roads.

Similarly, evolutionary traps result from human-made changes that lead animals to make the wrong behavioral or life-history decisions, such as:

Deciding what to Eat: leatherback sea turtles (Dermochelys coriacea) eat jellyfish, which are transparent and float in the ocean — but they also eat transparent plastic trash floating in the ocean.

Migrating: sea turtle hatchlings emerge from their nests at night and use light from the open horizon to orient themselves towards the sea — but artificial lights along the beachfront can make them migrate inland instead.

Choosing mates: male Cuban treefrogs (Osteopilus septentrionalis) mate with females that are quiet and immobile — but they also try to mate with dead females that have been run over on roads.

Even well intentioned management practices can lead wildlife into traps. For instance, putting wood duck (Aix sponsa) nest boxes over marshes was disastrous. Wood ducks normally nest in the cavities of dead trees and because nest sites are limited, young females try to follow another female duck that is nesting in hopes of laying their eggs in her nest. This is fine under natural circumstances because the nests are in dense woodland, which makes it hard for young females to find them. But it was devastating in the marshes — the nest boxes were so easy to find that they commonly had 30-50 eggs each. Many eggs were crushed and nest boxes were abandoned.

The good news about ecological and evolutionary traps is that some of them are relatively easy to fix. The first step is making sure that there really is a trap. The next steps are identifying the cue for the maladaptive behavior and then figuring out how to keep that cue from tricking animals. For instance, managers can keep hatchling sea turtles from migrating inland by shading beachfront lights. “Recognition of traps might enable us to remedy some, and perhaps many, population declines before extinction,” say Schlaepfer and his colleagues.