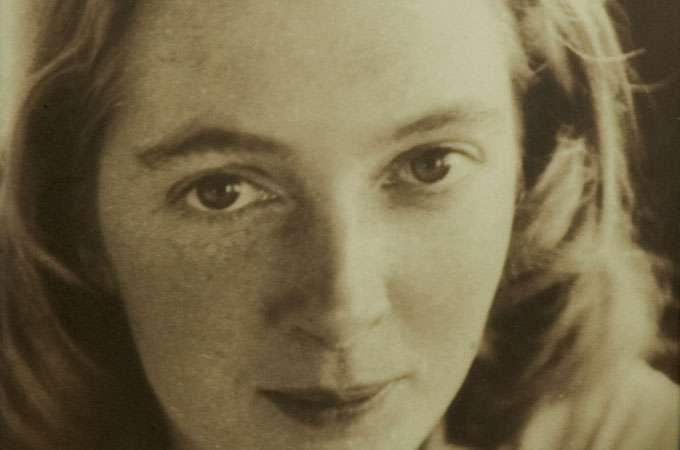 The Plural of Anecdote is Data

When 23-year-old Jane Goodall became Louis Leakey’s secretary at the Coryndon Museum in Kenya, it’s not clear which of her attributes he was most drawn to: her physical beauty, her reverence for him and his work, or her eager, unmolded mind. Ultimately, it was likely a mix of all three that caused the eminent paleoanthropologist to dispatch her to the jungles of Tanzania to study chimps, but not before first declaring his love for her and attempting elaborate seductions.

The latter she fended off, eventually convincing the married, graying Leakey to assume a long-lasting paternal role in her life. Goodall was not the first secretary on whom he had similar designs. When an affair with Goodall’s predecessor, Rosalie Osborn, ended, Leakey sent her off to Uganda to study mountain gorillas. Rosalie’s mother did not approve, however, and after four months she returned to England.

Today, Leakey’s notions of sending women into the field seem both quaint and yet oddly prescient (he also nurtured the long-running field research of Dian Fossey and Biruté Galdikas). As Dale Peterson writes, “his intuition suggested that women might prove superior to men at studying animal behavior. They were probably more patient than men, he thought, and perhaps would appear less threatening to wild animals and less likely to provoke male aggression . . . And, as is so often the case, Louis’s intellectual biases were happily congruent with his emotional ones.” Leakey, although himself a Cambridge PhD, was also skeptical of formal education in the field of animal behavior, finding it all theory and no fact. Up to that time, few researchers had spent extended periods of time in the bush, especially studying primates.

In Jane Goodall, who hadn’t even attended university, he found a uniquely qualified, if untrained, observer. Independent and eccentric, she was raised by her mother and grandmother in the British countryside. Fascinated by Dr. Doolittle and Tarzan tales, she took earthworms to bed, sat still in the hen house for hours at a time to watch the laying of eggs, and was crazy in love with her dogs, horses, and a stuffed chimpanzee toy. When a former schoolmate invited her to Kenya in 1957, she jumped at the chance. Her mother, far from protesting, joined her for her first months at the Gombe Stream Chimpanzee Reserve and later developed a lasting friendship and collaboration with Leakey.

Leakey was right: Goodall was patient, unobtrusive, and wholly unaware of scientific censure against anthropomorphizing her subjects. In fact, she was almost childlike in her animism of the natural world, saying things such as “Good morning, tree,” “Good morning, rain” as she went about her rounds. Naturally, she not only named the chimps (also verboten among researchers) but freely ascribed to them feelings, motivations, and personalities as complex as those of people. Sometimes she scratched herself and ate leaves and at times walked around half-naked. Her “St. Francis of Assisi” approach was a bit over the top and radical for the times. Remarkably, though, Goodall’s humble and casual way of habituating the primates to her presence yielded big dividends: within her first year in the field, she documented chimps not only using but fashioning tools as well as regularly eating meat. These discoveries shocked those in the scientific community who took her seriously enough to believe her. Leakey famously responded, “Now we must re-define tool, re-define Man, or accept chimpanzees as human.”

But as Peterson ably recounts in his highly readable if somewhat worshipful biography, prominent mid-century ethologist Sir Solly Zuckerman dismissed her findings as unreliable anecdote. At the time, the field of ethology, or animal behavior, was struggling to assert itself as a hard science founded upon dispassionate and concordant data. It was still reacting to the discredited anthropomorphizing style of nineteenth-century naturalists such as Charles Darwin, who once described ants “pretending to bite each other, like so many puppies.” It was pretty well assumed by 1962 that attributing human qualities to animals would inevitably lead to sloppiness and errors, not to mention threatening the established thinking of humans as the only species with a thinking mind. It was also assumed that behaviors of animals were knowable and reliable, that one chimp would always act like another, its actions predetermined by heredity and its place on the tree of life.

For the sake of credibility, Leakey arranged for, and practically forced, Goodall to earn a Ph.D. from Cambridge, which she did in 1966. That Goodall, over the course of one decade—then two, then three—observed a great variety of behavioral responses among individual chimps was a profound contribution to the field and is today supported by advances in neurobiology. “It is our recognition of these intellectual and emotional similarities between chimpanzees and ourselves that has, more than anything else, blurred the line, once thought so sharp, between human beings and other animals,” she wrote in an essay in 1998. It’s hard to imagine the emerging and fashionable discipline of “cognitive ethology” existing without her and the generations of succeeding primatologists she helped train. Today, as New York University environmental philosopher Dale Jamieson quips, “the plural of anecdote is data.”

Of course, the practice of anthropomorphizing is still a professional quagmire, and academicians will likely argue its merits and pratfalls for decades to come. What Goodall knew was that it’s an instinctual tendency. Her embrace of it led perhaps to a less-celebrated contribution to the understanding of Man.

For our species, anthropomorphism itself is an essential cognitive tool. We anthropomorphize because we are human, and it is how we always have—often successfully—made sense of our world, its predators and prey, and our place in it.