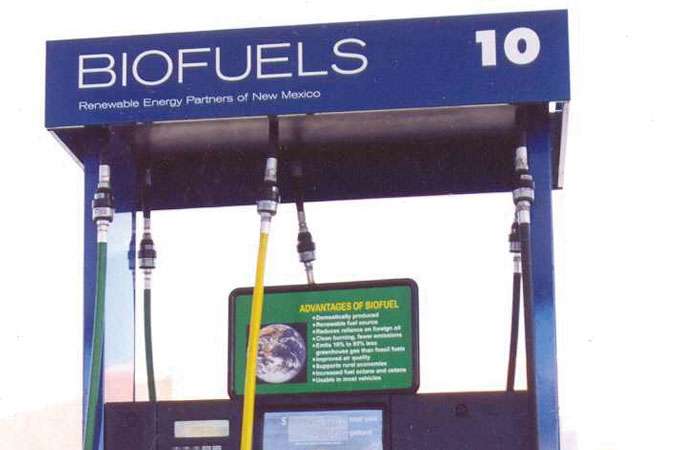 The Price of Power

Biofuels, particularly ethanol and biodiesel, are a mere distraction in the fight to limit carbon emissions, warn the authors of a paper in Science. Their meta-analysis of data published by the Intergovernmental Panel on Climate Change (IPCC), the International Energy Agency (IEA), and others has a simple message: there isn’t enough land to grow sufficient biofuel crops. To illustrate, swapping just ten percent of current fossil fuel usage for more climate-friendly biofuels would require 43 percent and 38 percent of current agricultural land in the U.S. and Europe, respectively.

Those figures, although striking, are not a big surprise. But Renton Righelato at the World Land Trust in the U.K. and University of Leeds colleague Dominick Spracklen took their analysis a step further than usual by looking at carbon cycling of alternative land uses. They compared the level of carbon emissions that biofuels avoid with the amount of carbon either sequestered by converting cropland to forest or emitted by converting forest to cropland. In every scenario they tested, they found that over a 30-year period, reforestation of an area of land can lock up between two and nine times as much carbon as the emissions avoided if the same area were clearcut and used for biofuel production. The bottom line? Biofuel can do more harm than good.

Forests simply are best left doing what they do best: harboring carbon, water, and biodiversity. By avoiding further deforestation in areas such as the Amazon basin and Malaysia and reforesting temperate cropland that is no longer required for food production, huge swathes can be cut in our CO2 emissions.

Along these lines, Righelato and Spracklen argue for a shift in focus away from biofuel technology toward increasing the efficiency of fossil-fuel energy production. That might buy enough time to develop “zero carbon” alternatives such as wind, wave, and solar technologies. 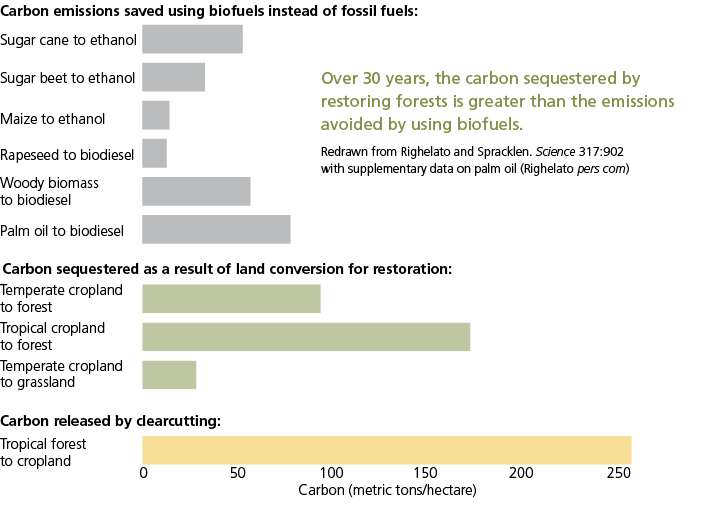 Righelato R. and Spracklen D.V. 2007. Carbon mitigation by biofuels or by saving and restoring forests?Science 317:902.