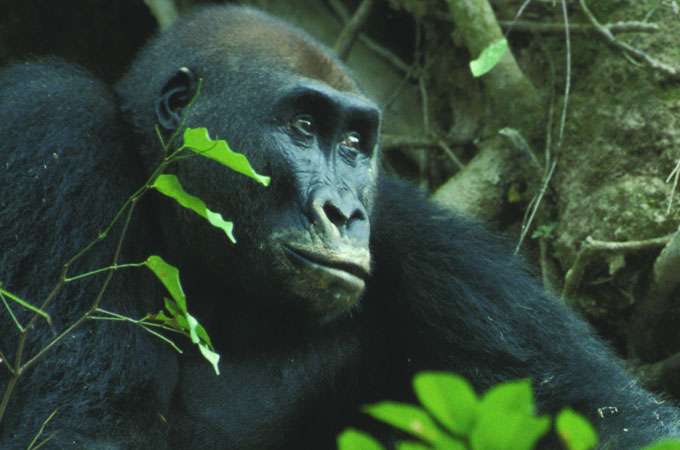 About half of the roughly 300 primate species worldwide are threatened, and knowing which species are likely to be harmed by which threats is key to protecting them. In the most comprehensive such analysis to date, researchers assessed primates’ vulnerabilities to forestry, agriculture, and hunting and then linked these vulnerabilities to underlying biological traits.

“This information should help us gain a deeper understanding of the processes that underpin this global pattern [of primate vulnerability] and therefore ultimately prevent such global extinctions from taking place,” say Nick Isaac and Guy Cowlishaw of the Zoological Society of London in the June 7 issue of Proceedings of the Royal Society: Biological Sciences.

Using existing data, Isaac and Cowlishaw compared the abundance of primate species in threatened and non-threatened areas around the world. Habitat loss and hunting are the biggest threats to primates, and each threatened area studied had experienced either forestry (selective logging), agriculture (shifting cultivation), or hunting. The researchers determined the vulnerability of 66 primate species to forestry, 44 to agriculture, and 54 to hunting. They also assessed whether vulnerability to each threat were linked to any of six biological traits: ecological flexibility, habitat, diet, body size, home range, and sociability.

Isaac and Cowlishaw found that the primates’ vulnerabilities varied tremendously. Some species are vulnerable to all three threats: the white-bellied spider monkey (Ateles belzebuth belzebuth), for example, is locally extinct in all of the threatened areas studied. In contrast other species are vulnerable to only one of the threats studied: the collared titi monkey (Callicebus torquatus), for example, is extremely vulnerable to agriculture but is tolerant of forestry and hunting. Of all the species that were studied in more than one type of threatened area, nearly half (24 of 52) are susceptible to one threat but tolerant of another.

“Our analyses demonstrate that a species’ vulnerability to local extinction is highly variable, depending on the anthropogenic activity that threatens it,” say Isaac and Cowlishaw. “This marked threat specificity provides a cautionary lesson about the dangers of making broad generalizations about species’ vulnerabilities to extinction.”