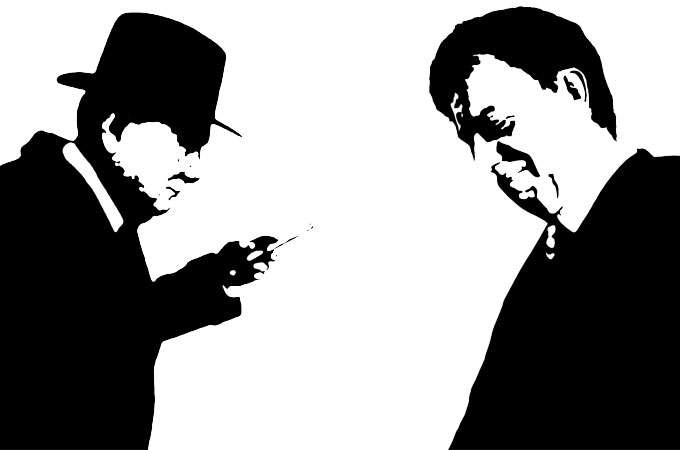 On January 27, 2005, standing before the Davos World Economic Forum, Prime Minister Tony Blair put at the center of his vision of global interdependence two issues that had never before played such a prominent role in any geopolitical agenda: extreme poverty and global warming.

For environmentalists, Blair’s Davos speech was a breakthrough. In directly challenging the Bush administration and pushing climate to the top of the G8’s agenda, Blair had injected much-needed political drama into what had been the sleeping pill of environmental issues. Would Blair’s crusade be the tipping point environmentalists had long dreamed of?

It would not. By the time Blair hosted the July G8 summit, the Bush administration had severely diluted the joint statement on global warming. The prime minister tried to put his best face on the debacle, but clearly he’d been outmaneuvered.

So what went wrong? To answer this question, let’s run a small thought experiment. First, let’s take a closer look at the speech Blair gave at Davos.

“There are facts that are accepted,” Blair began. “Ever since Arrhenius first predicted global warming in 1896, it has been fiercely debated. I am not a scientific expert. I only see that the balance of evidence has shifted one way. Some argue this warming is part of a natural cycle such as, by contrast, the mini ice age in the Middle Ages. But glaciers are now in retreat that have not retreated since the last Ice Age, 12,000 years ago. The impact of climate change predicted by modelers is uncannily coming to pass, not least in the European summer of 2003.”

Instead of inspiring his audience around a vision of global interdependence—where economic prosperity, ecological restoration, and cross-cultural understanding are woven together—Blair offered a dry, textbook description of global warming science and a defensive insistence that Kyoto wouldn’t harm the economy.

If Tony Blair were the only politician to have suffered a major political setback after crusading on global warming, the episode might not be worth paying attention to. But Blair was far from the first politician and is unlikely to be the last to suffer a fall after hitching himself to what we call the politics of limits.

Almost sixty years before Blair gave his speech in Davos, Winston Churchill stood before an audience in Zürich to give his famous “United States of Europe” speech, which outlined his vision for the European Union. To fully appreciate how much more compelling Churchill’s vision of a united, peaceful, and prosperous Europe is in comparison to Blair’s vision for regulating greenhouse gases, it is worth quoting Churchill at length:

“We must all turn our backs upon the horrors of the past. We must look to the future . . . I am going to say something that will astonish you. The first step in the recreation of the European Family must be a partnership between France and Germany. In this way only can France recover the moral and cultural leadership of Europe. There can be no revival of Europe without a spiritually great France and a spiritually great Germany . . .

“Time may be short. At present there is a breathing space. The cannons have ceased firing. The fighting has stopped; but the dangers have not stopped. If we are to form the United States of Europe, or whatever name it may take, we must begin now . . . In all this urgent work, France and Germany must take the lead together. Great Britain, the British Commonwealth of Nations, mighty America and, I trust, Soviet Russia—for then indeed all would be well—must be the friends and sponsors of the new Europe and must champion its right to live and shine. Therefore I say to you: let Europe arise!”

In the sixty years after Churchill’s speech, the European Union emerged as the most powerful economic force ever organized by humankind. Churchill proposed a simple first step that, magnanimously and strategically, put France and Germany—not Britain—at the center of the new union. It was a speech that helped inspire the United States to invest more than $12 billion between 1947 and 1951, the equivalent of an astonishing $500 billion in today’s dollars, into rebuilding Europe and Japan.

But what might have happened had Churchill given his speech in 1946 à la Tony Blair in 2005?

“These are facts that are accepted. The five most violent years on record have occurred in the last seven years, and ten in the last 14. It is over 18 years since the world recorded a nonviolent month. Average monthly incomes have decreased since the 1930s.

“Ever since Adam Smith wrote about the economy, it has been fiercely debated. I am not an expert on the economy. I only see that the balance of evidence has shifted one way. Some argue that economic depressions are part of a natural cycle, such as the last great depression. But people are poorer now than they were then. The impact of the war on the economy predicted by the economists is uncannily coming to pass, not least in the European summer of 1944.”

The absurdity of giving such a speech is hardly worth mentioning but for the sad fact that this is precisely the kind of speech that environmental leaders and their political allies give routinely. Had Winston Churchill given such a speech, Europe might be no closer to unity today than the world is to a clean-energy economy.

Now let us consider how things might have turned out had Blair offered a Churchillian speech, in, say, Columbus, Ohio.

“I am going to say something that will astonish you. The first step in defeating the forces of terror and extremism must be a new energy partnership between the West and the East. In this way only can we recover our common moral and cultural leadership. We cannot build prosperous twenty-first–century economies in the U.S. and Europe without a spiritually and economically great Middle East and Asia.

“Time may be short. At present there is a breathing space. We can create millions of good new jobs by together investing billions of dollars in public and private capital to invent new, better sources of energy. America is in many ways the heart of global innovation.

“In all this urgent work, Britain and the United States must take the lead together. I trust that the nations of Europe, Asia, and the Middle East will be our fellow investors and friends in this shared dream.”

Would such a speech have turned around George W. Bush? Almost certainly not. But had Blair contested the global warming debate with Churchillian vision rather than threatening apocalypse, by counseling sacrifice and offering policy laundry lists, he would have, at the very least, exerted far more political pressure on Bush than he did with his repeated admonitions that America eat its Kyoto peas.