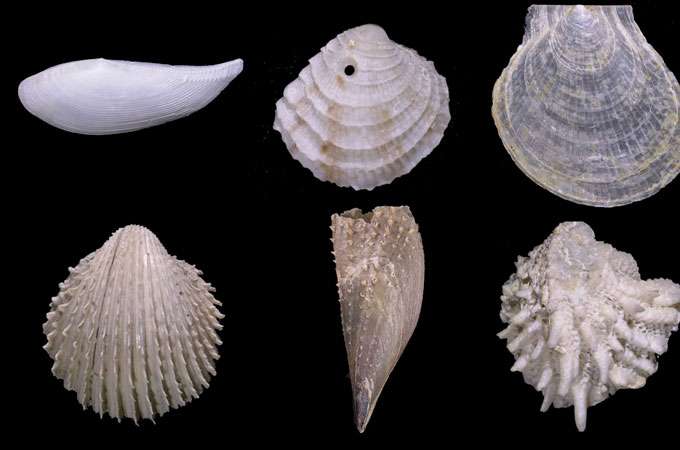 Tropics Are the Cradle of Biodiversity

New research establishes that most of the marine bivalve lineages worldwide that first appeared in the past 11 million years did so in the tropics. This suggests that, besides having the most species, the tropics are likely the primary source of diversity elsewhere on Earth. “A tropical diversity crisis would thus have profound evolutionary effects at all latitudes,” say David Jablonski of the University of Chicago and two coauthors in Science.

Biodiversity increases dramatically from the poles to the tropics, across species—from fungi to plants to vertebrates—and across habitats—from forests to wetlands to the deep sea. This diversity gradient depends partly on two factors: how fast evolutionary lineages arise and how fast they die out. Some theories say lineages are less likely to die out in the tropics due to their stable climate. In contrast, others say lineages are just as likely to die out in the tropics as elsewhere but they are far more likely to arise there in the first place. However, these theories overlook a third factor in the diversity gradient: how fast and far lineages migrate from their origin.

The researchers incorporated all three factors in their analysis of marine bivalves, accounting for where they originated, how they migrated over time, and where they live today. Bivalves are a good test case because they live throughout the oceans and their fossil record is exceptionally well documented. The researchers considered 163 bivalve lineages from families with high-quality fossil records (defined as including at least three-quarters of their respective genera).

The results showed that regardless of where they live today, more than 70 percent of the bivalves studied first occurred in the tropics. This suggests that “the tropics are the engine of biodiversity,” say the researchers. Their findings also suggest that extinction is less likely in the tropics: only 30 of the bivalves restricted to the tropics died out, compared to 107 of those found elsewhere.

This means that tropical extinctions could cut off the main source of future species worldwide and ultimately diminish biodiversity globally. “There are huge evolutionary consequences of destroying the tropics,” says conservation ecologist Stuart Pimm of Duke University in Durham, North Carolina. “The places generating species are the places we need to protect.”

The researchers’ follow-up work includes seeing whether their findings also hold for both much older ages and much warmer ages, such as 15 million years ago when the average global temperature was perhaps five degrees Celsius higher than it is today.