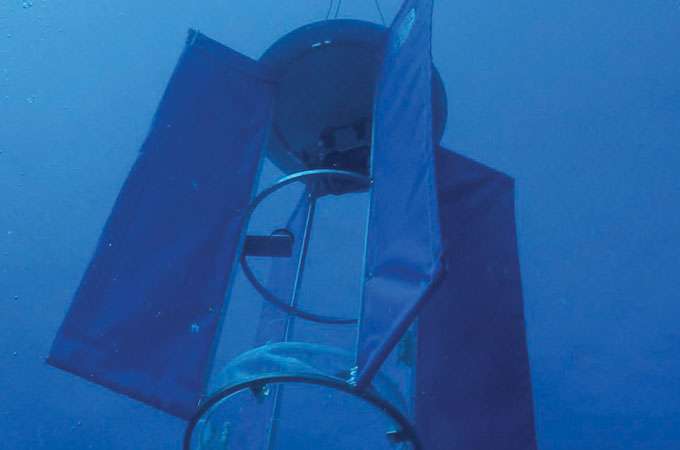 By human standards, most reef fish make terrible parents. They let the ocean sweep their young far away from the reefs they inhabit, leaving the two-millimeter-long newborns to make their own way home. Scientists have long marveled that so small a creature can travel so far—the journey can take months and cover up to 100 kilometers. But they’ve never understood exactly how the baby fish find the reefs. Now, University of Miami professor Claire Paris has helped create a tool that could unravel this mystery and in turn deliver key information about how to manage marine reserves better.

It was once thought that the newborn reef fish—larvae—were simply carried by the sea. Many biologists, however, now suspect that these tiny creatures deliberately follow visual, magnetic, or chemical signals to the reefs where they will spend their lives. The new device, dubbed the OWNFOR (short for Orientation with No Frame of Reference), builds on this recent insight and is designed to figure out exactly which signals the larvae hone in on when they travel.

Shaped like an oversized box kite, the OWNFOR is a submersible apparatus containing a small chamber at the bottom. Researchers place a larva in the chamber, drop the device into the ocean, and let it drift. Even though the larva is enclosed in the chamber, it still tries to head toward a reef.

The OWNFOR records the fish’s movements via an onboard camera. Meanwhile, sensors measure salinity, temperature, and other signals that the larva might follow. Researchers analyze the data to see whether the fish was heading for a particular bearing and to determine which signal led it to do so.

Knowing where the larvae end up and how they get there would make it easier to know where to put marine reserves; it would also help fisheries managers figure out better ways to replenish particular areas. “We wanted to bring the lab to the ocean in some way,” said Cedric Guigand, a University of Miami researcher who helped design the device. “Now we can.”