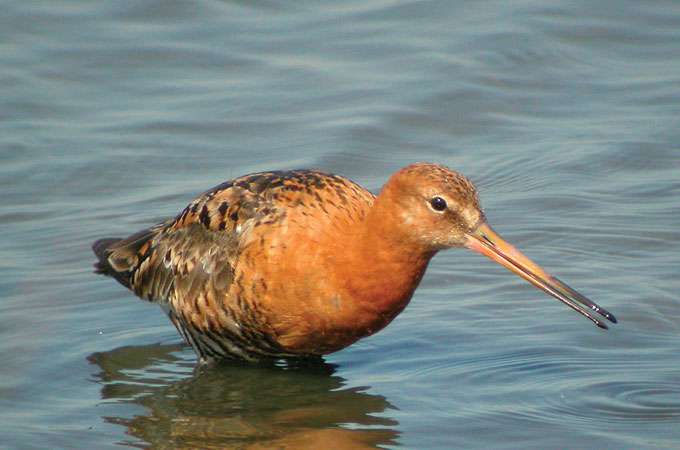 “It is clear that the scientific basis for the Dutch management agreements is largely missing,” say David Kleijn and Ruben Smit of Wageningen University, The Netherlands, and five coauthors in the June 2004 issue of Conservation Biology.

As agriculture has intensified, biodiversity has declined dramatically in western Europe. Accordingly, European Union countries spent about US$29 billion on conservation agreements between 1992 and 2003. But no one knows whether they really work.

Worse, fields with meadow bird agreements had about 40 percent fewer wading birds than those without agreements. The researchers suspect that waders may avoid fields with conservation agreements because they receive less fertilizer and so have fewer earthworms to eat. “Our results reveal an important weakness of management agreements aimed at promoting waders,” say the researchers.

This could help explain why threatened wading birds are still declining in The Netherlands. For example, the black-tailed godwit population keeps dropping, even though conservation agreements cover much of its best remaining habitat. About half of Europe’s black-tailed godwits (Limosa limosa) breed in The Netherlands, which historically has a great diversity of meadow birds and grassland plants.

The problem may be that the conservation agreements are not addressing the underlying reason for biodi-versity loss, say the researchers. Meadow bird and grassland diversity depend largely on the country’s historically high groundwater levels. However, groundwater levels are now kept low so that farmers can use their fields early in the spring. Although this gives them a longer growing season, it also makes the soil dry out faster and so decreases the population of worms and other soil-dwelling prey available to wading birds. “Conservation measures that require little adaptation of the farming system… are not likely to yield positive effects in intensively used agricultural landscapes,” say the researchers.