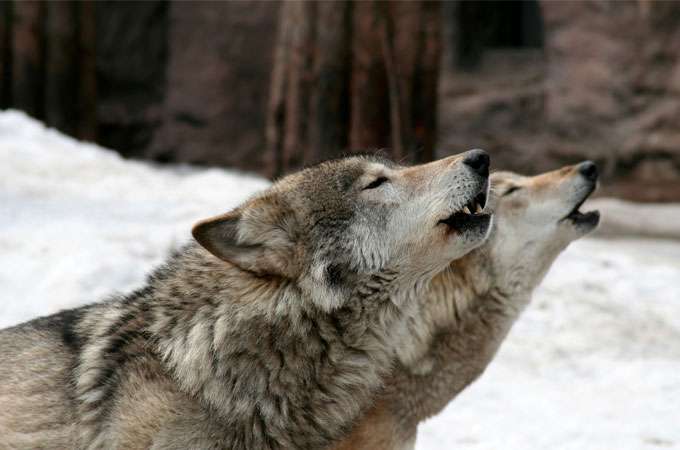 There’s always a catch to success. When endangered species make a comeback, research funding often dries up, making it more difficult to track the health of recovering populations. So when wolves in the Northern Rockies were recently delisted from their endangered status, a team of University of Montana scientists started searching for ways to monitor the animals on the cheap. The result: a computerized device that plays wolf calls and then records the sounds of wolves howling back, and is far less expensive than current counting methods.

Automated call devices have been used to study other animals, particularly birds. But David Ausband, research associate at the University of Montana, said he and his colleagues found that existing devices either just recorded forest sounds without first emitting an animal call or else emitted a call but needed to have someone on site to see whether any animals called back. “Nobody’s ever linked the two and made it automated so the person didn’t have to be there,” Ausband says.

Undeterred, his team decided to piece together its own system—dubbed the “howlbox”—using a computer, speakers, a microphone, and a battery that can be powered by a solar panel. The howlbox was designed simply to record all wolf calls in its vicinity. But when Ausband’s team tested the prototype, they found it could actually distinguish individual animals by converting their howls into a spectrogram of sound frequencies. Because wolves howl on different frequencies, the spectrogram lets researchers attach an audio fingerprint to each animal.

If the US$1,200 howlbox can produce reasonably accurate population counts, it will be a much cheaper alternative to the existing method, which involves monitoring wolves via radio collars and chartered airplanes.

Ausband plans to conduct more testing this summer and said the howlbox has already sparked a great deal of interest from scientists studying not only wolves but also related species such as jackals. Since his team can’t produce the device on a large scale, they plan to publish a paper that gives researchers a recipe for making a howlbox of their own.