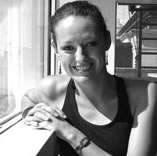 His conclusion was that, given error bars and confidence intervals, it’s best to pay a little now to avoid huge damages later. This is the same conclusion reached, somewhat less colloquially, by Sir Nichola Stern.

But there’s a fault in both the above. They don’t take into account human behavior. Or rather, they both present the options (pay a little now, or—if you don’t—gamble on paying a lot later) but fail to consider whether humans will actually take the gamble. Greg and Stern know they would pay a little up front. But would you? And, would governments?

Six students were each given €40 and took turns putting money into a collective account.After ten rounds, there had to be at least €120 in the pot. Provided this goal was reached, the players kept whatever money they had left over from the original €40.

Ten groups of six students played the game; half achieved the goal, half didn’t. When they loaded the dice differently—so that there was just a 50-percent chance of losing the leftovers, only one out of ten groups met the target.

It’s not encouraging that just half of those in the 90-percent games made it to €120. Interestingly, the players changed their behavior as the game progressed. Although they didn’t know whom they were playing, they could see whether the others were playing fairly or selfishly. In the 90-percent games, players played less selfishly—giving as much as others—as the game progressed and neared its end.

In the 50-percent games, fair sharing decreased and selfishness increased. Surprisingly, perhaps, altruistic acts also increased. The researchers explain this by saying “altruists obviously tried to compensate for the free riding of others, but usually in vain.” How depressing.

The take-home message: If it’s clear that the risk is high, people will work together to reach a common goal. But if it’s in the balance (i.e., if there’s a perceived 50-50 chance of dangerous climate change), then selfishness takes over.

The researchers make another interesting point: altruistic behavior is likely to be diluted, the larger the number of players. This implies that smaller climate negotiations, such as those taking place in the G8 or in the U.S., are more likely to protect the common good than the all-inclusive U.N. process. So . . . who fancies handing the world’s fate over to a handful of governments?

Reprinted by permission of New Scientist magazine
About the author