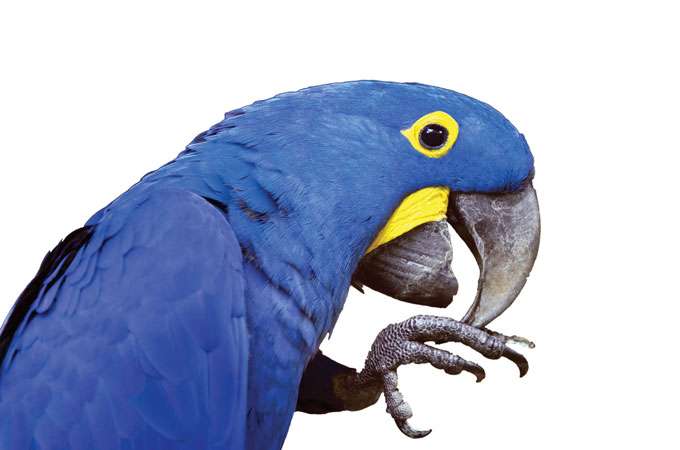 Depending on the Enemy

In a bizarre biological twist, a new study in the journal Biological Conservation shows that the hyacinth macaw (Anodorhynchus hyacinthinus) depends on its greatest predator for survival.

Living in Brazil’s Pantanal region, the endangered bird requires a very specific home: a pre-existing hole in the manduvi tree. But such trees are in short supply, making up only about six percent of the Pantanal’s vegetation.

Since the manduvi tree is so critical to the hyacinth macaw’s survival, the study’s authors set out to pinpoint which species do the best job of spreading the tree’s seeds, in hopes that their findings would help inform efforts to save the bird. Led by Marco Pizo at Brazil’s Universidade do Vale do Rio dos Sinos, the research team discovered that the most effective disperser is the toco toucan, which collects 86 percent of the manduvi’s seeds.

Surprisingly, in addition to its role in creating the hyacinth macaw’s habitat, this same toucan is the main predator of hyacinth macaw eggs. The toucan also occasionally kills macaw nestlings.

The researchers urge that future conservation plans account for the toco toucan’s importance; for without its worst enemy, the hyacinth macaw would have no place to live.