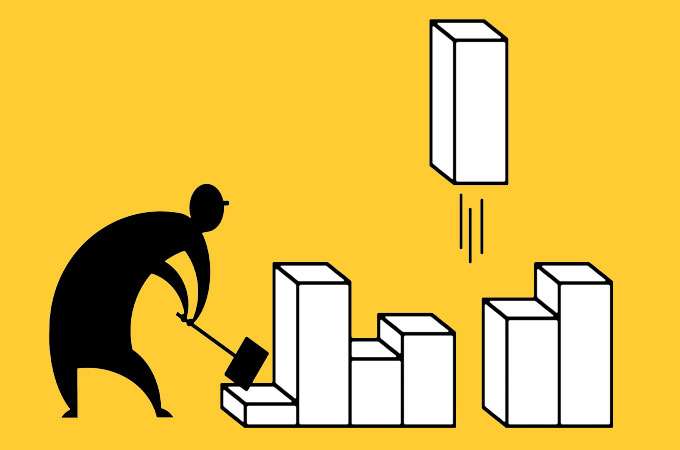 When the Wolong Nature Reserve was established in Southwestern China in 1975, it was hailed as a landmark achievement of the environmental movement. The reserve, which covers more than 200,000 hectares, contains more than 10 percent of the wild giant panda population and has received extensive financial and logistical support from both the Chinese government and numerous environmental organizations, including the World Wildlife Fund. At first glance, the Wolong reserve would appear to be a model of a protected ecosystem, a perfect example of what it takes to save an endangered species.

Appearances, however, can be misleading. In the late 1990s, Jianguo Liu, a newly appointed professor of ecology at Michigan State University, began a detailed study of the reserve. He was interested in the Wolong area primarily because it had been so well supported. He assumed, like everybody else, that the reserve provided a safeguard for the giant pandas. “This is what reserves are supposed to do,” Liu says. “That’s why they say it’s a protected area.”

But Liu was wrong. After analyzing the data, he found that, in the 25 years following the establishment of the Wolong Nature Reserve, the most crucial parts of the forest canopy were being destroyed at an accelerated pace. This meant that the habitat inside the reserve was more vulnerable than the habitat outside. In other words, the protected area wasn’t being protected; the reserve was making things worse.

Liu was shocked: he wanted to know what was going on. Why wasn’t the Wolong reserve protecting panda habitat? And did the failures of the Wolong Reserve have implications for other nature reserves? These questions led Liu to start analyzing sets of data that aren’t typically used by ecologists. Instead of just looking at panda populations or the density of the forest canopy, he started considering variables such as the income of the local villagers and demographic changes in the labor force. He soon realized that, while the reserve might not have been good for the bamboo forest (or the giant pandas), it was very good for the Wolong human population. The establishment of the protected area led to a boom in tourism, with thousands of new visitors drawn to the panda habitat. Predictably, this influx of outsiders transformed the local economy and enriched the local villagers. “Unfortunately, when people have more wealth, they consume more resources,” Liu says. “And the main resource these people have is fuel wood, which they get from the bamboo forest.”

In 2001, the Chinese government began a well-meaning subsidy program, which paid residents to monitor illegal harvesting of forest wood inside the reserve. But unfortunately, this subsidy backfired. Because the program dispensed subsidies directly to households—the subsidies were typically 20 to 25 percent of household income—many households decided to splinter into smaller units in order to capture more subsidies. The end result was a dramatic increase in the number of households in the Wolong area, which only furthered the demand for natural resources. While the reserve and the subsidy program were established with the best of intentions, those intentions couldn’t compete with the unintended consequences. For Liu, the lesson was clear: you couldn’t save the pandas without thinking about the people.

Since Liu first published the results of his Wolong research in a widely cited article in Science in 2001 (1), he has translated his surprising discovery into a whole new approach for studying fragile ecosystems. Unlike most ecologists, Liu’s research isn’t defined by its subject—he doesn’t spend years tracking a particular endangered species or focusing on a specific ecosystem. Instead, his research is defined by its method. Liu blends traditional ecological approaches such as fieldwork with practices imported from the social sciences. By dissecting the complex interactions of humans and the environment, Liu uncovers startling chains of correlation and causation. It’s a kind of conservation Freakonomics. And like Stephen Levitt, Liu isn’t afraid of following the data, even if they lead him to make some uncomfortable conclusions.

Liu is a soft-spoken man who is clearly most at ease when discussing arcane statistical formulas and complex demographic changes. Even though his research is often controversial—the Chinese government, for instance, initially rejected his findings about the Wolong Reserve—Liu has little interest in political arguments. “I always try to let the data speak for itself,” he says. This devotion to the data is evident even in conversation. Liu gets most animated when discussing his sources of information, which range from declassified spy satellite imagery to appendices of obscure United Nations reports buried in rarely used corners of university libraries.

To glance at the titles of Liu’s academic résumé is to get a sense of his eclectic interests. There’s a paper on the environmental effects of adolescents leaving their parental home and another paper on the links between divorce rate, urban sprawl, and resource consumption. Liu has looked at the relationship between environmental degradation and international terrorism and concluded that an important contributing factor to terrorist movements is a lack of access to basic natural resources, particularly clean water. He’s studied the effect of government incentives on the rainforest in Brazil, looked at the size of farms and soil quality in Kenya, and tracked the diversity of birds and urban growth in Puget Sound. It quickly becomes clear that Liu’s subject is nothing less than all the places where man and nature interact, which is another way of saying that his subject is everywhere.

On September 11, 2001, Liu was in Washington, D.C., attending a conference on environmental policy. He had just begun a sabbatical at Stanford University and was looking forward to a relaxing year of library research. (“I love libraries,” Liu says.) But then, after all airports were shut down in the aftermath of the terrorist attacks, Liu found himself stranded in the capital. Luckily, Paul Ehrlich, author of The Population Bomb and a professor at Stanford, was also attending the conference. On September 12, the two academics decided to hunt for a rental car and managed to find one of the last available, which they proceeded to drive across the country. “It took us two days and two nights,” Liu remembers. “We kept up a very fast pace.” To pass the time, the scientists started to talk about their work and discovered a mutual interest in human-environment interactions or “couplings.” This rental-car collaboration eventually led to a 2003 paper published in Nature (2) which looked at the effect of household dynamics—a broad category that includes everything from energy consumption to family income—on various aspects of the environment.

According to Liu, the household-growth factor has significant ecological consequences. For instance, it accounts for more than twice as much of the increase in energy consumption as the overall growth in population. While such household dynamics have traditionally been studied by social scientists—“You don’t hear many ecologists talk about human families,” Liu says—he insists that effective environmental policies must take these variables into account. “When a country gets more households, even if the overall population is stable or declining, it’s going to see an increase in resource consumption,” Liu says. “It will consume more energy, need more wood, more materials. The people will take up more space. All of that puts a severe strain on the environment.”

This focus on the number of households and not just the size of a population has allowed Liu to pull out several other interesting and unexpected connections. For instance, higher divorce rates damage the environment. “The causation is quite simple,” Liu says. “More divorce means more households with fewer people.” In the 12 countries studied by Liu—the list of countries included the U.S., Greece, South Africa, and Brazil—he found that divorced households were 27 to 41 percent smaller than nondivorced households. This meant that, on average, American households that experienced divorce consumed 42 to 61 percent more resources per person than before their dissolution. According to Liu’s calculations, this resulted in the consumption of an additional 73 billion kilowatt-hours of electricity and 627 billion gallons of water every year. As Liu notes, “An increasing divorce rate is a real environmental problem.”

The importance of household size on the environment led Liu to wonder about other neglected variables that might illuminate human-environment interactions. Many of these “couplings” are counterintuitive and defy easy categorization. Look, for instance, at the number of fallen trees in Wisconsin forests, which provide a critical habitat for fish in lakes and streams. When housing density exceeds seven homes per kilometer of shoreline, the number of fallen trees plummets precipitously, thus harming the freshwater ecosystem. (Fallen trees are often removed because they interfere with recreational activities, such as boating.) A similar pattern has been observed in the Puget Sound region, where diversity of bird species increases when a small percentage of forest is cleared for suburban housing. In fact, “bird richness” is highest when only 50 to 60 percent of the land is forested. John Marzluff, the University of Washington ecologist who first discovered this phenomenon, attributes the rise in bird diversity to the increased “heterogeneity of local land cover.” It turns out that many bird species actually thrive in semi-urban habitats. However, once that 50-percent threshold is crossed, the diversity of species sharply decreases. Liu hopes that such research will allow officials to better calibrate their growth policies to benefit wildlife.

For one of his most recent projects, Liu looked at the location of households in Wyoming and Idaho. He was interested in how the environmental attitudes of individuals affected the location of their home. Ironically, he found that the most environmentally conscious people—they also tended to be older and more educated—chose to live in the most natural areas and thus had a greater environmental impact on the surrounding area. He also found, much to his surprise, that living in natural areas for extended periods of time actually led to less “environmentally oriented attitudes.” For Liu, the most disturbing aspect of these data is that the populations of many developed nations are steadily growing older and becoming better educated and more environmentally aware. This trend could lead to a surge in households living in remote and ecologically fragile areas. People want to be closer to nature, but that well-meaning desire does real damage.

Liu is circumspect when discussing future research because he’s been surprised by his data too many times to indulge in rampant speculation. But he is continuing to focus on household dynamics as a way of untangling human-environment interactions. “We have many false assumptions about how we impact the environment,” Liu says, before citing the examples of the Wolong preserve and the emphasis on population size. “It’s only by looking at particular examples of interactions in the real world that we can really see what’s happening.”

The larger message of Liu’s work is that the stark distinction between man and nature is not scientifically valid. For better or worse, these two separate worlds are now inseparable, their futures bound together. There are no pristine Edens left. Instead of bemoaning the reality of this interaction or pretending that the interaction is confined to a few obvious examples, Liu’s research is helping us come to grips with all the marks and scars we are leaving on the planet.

Jonah Lehrer is an editor at large for Seed magazine. He is also a contributing editor for NPR’s Radio Lab and has written for Nature, New Scientist, and the MIT Technology Review.