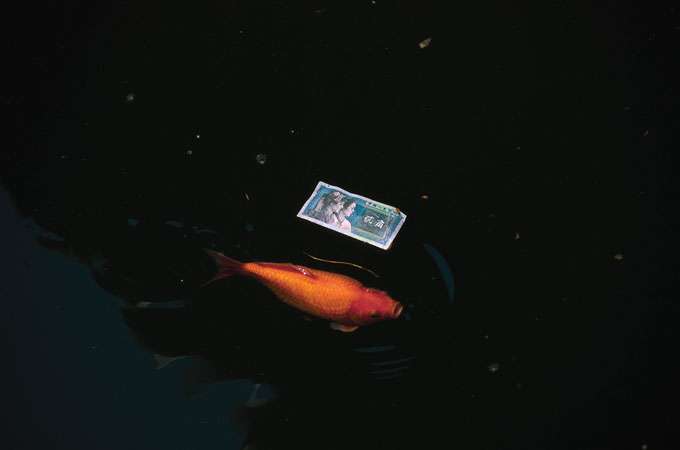 Invasive species are a problem almost everywhere, but not all parts of the world suffer in equal measure. Are regional differences in numbers of invasives the result of different degrees of human impact, or are some native habitats simply more or less accommodating to outsiders? Ecological theory predicts that an area’s richness in native species may determine its susceptibility to invasion. But a new study finds that, when it comes to freshwater fish, invasions are determined largely by human activity and occur most often in regions with a high level of economic development.

The study compared numbers of native and exotic freshwater fish species, environmental variables, and three measures of human activity—gross domestic product, population density, and percentage of urban area—for 1,055 river basins covering more than 80 percent of the earth’s land surface. An international team of ecologists led by Fabien Leprieur of CNRS-Université Paul Sabatier in Toulouse, France, compiled the data set and used it to test different hypotheses for the distribution of invasive fish species. In the February edition of the online journal PLoS Biology, the researchers report that all three human indicators—and gross domestic product in particular—accounted for most of the global variation in nonnative species richness.

This contrasts with previous explanations of what allows nonnative species to flourish. While humans have greatly accelerated the rate at which species are transported to new locations, many ecologists have argued that nonhuman factors may determine how many of these species form self-sustaining populations. Previous studies, particularly on plants, have shown that regions rich in native species also tend to be rich in invasives—as might be expected if favorable conditions in these areas benefit all comers. In contrast, others have suggested that tight competition in species-rich communities makes it harder for invaders to become established.

The new study indicates that neither of these ecological mechanisms plays a significant role in regulating fish invasions of the world’s major rivers. Lead author Leprieur said that, given the previous research, the new results were quite surprising—in part because they document how human activity can influence natural factors. “t means that natural processes are blurred by human activities,” he said.

According to Dov Sax, an ecologist at Brown University in Providence, Rhode Island, the new research proves that human economic factors are important predictors of freshwater fish invasions. However, he cautioned that natural factors might still play a significant role, noting that the balance between all the factors won’t be understood until more global-scale analyses are conducted.

When it comes to conservation, the researchers note that the link between invasions and human activities could spell trouble for fish populations, especially in places where economic development is on the rise. The study includes a map of six hotspot regions for freshwater fish invasions, including the Pacific coast of North and Central America, where the researchers expect river basins to host an increasing number of nonnative fish species. The researchers recommend strong new restrictions on the import of nonnative species to these areas. “If there is one case where the precautionary principle should be applied in conservation biology, this is the one,” Leprieur said.