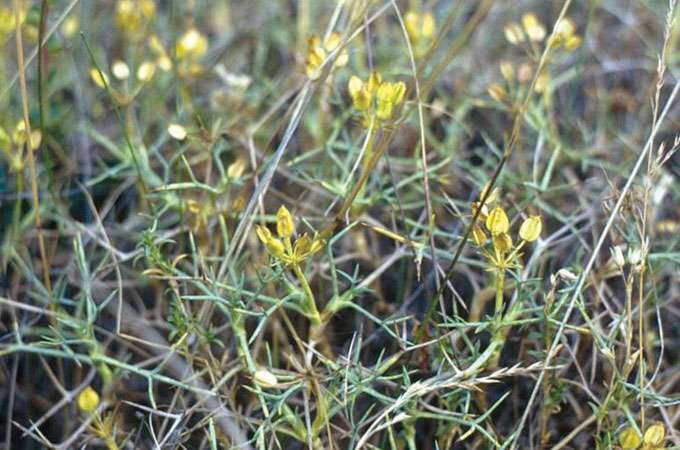 For years ecologists have planted garden plots with different numbers and combinations of species, while holding other factors constant, and then watched to see what happens. After much seeding and weeding, these experiments have generally shown that plant communities with more species are more productive—that is, they accumulate more biomass over the course of a growing season. Diversity begets productivity, it is thought, because a mix of species with different characteristics can collectively consume a larger share of available resources.

Now from Patagonia comes a new variation on the classic garden experiments, only without the gardens. Rather than plant different species combinations in bare soil, researchers marked off plots of mature vegetation and then removed some of the plants. This left particular combinations of native species growing on different plots. The goal was to see whether the productivity boost that biodiversity provides is even greater in natural systems than in simple gardens.

As reported in PNAS, the experiments were carried out on the Patagonian steppe, where three shrub species and three grass species account for over 97 percent of the annual productivity and 94 percent of the land cover. Pedro Flombaum and Osvaldo Sala, both of Brown University in Providence, Rhode Island, removed plants as needed to create five-by-five-meter plots containing one, two, four, or all six native species. The researchers also removed portions of individual plants to ensure that plots started the experiment with equal biomass for each target species.

Over the course of three growing seasons, there was a strongly positive relationship between diversity and productivity—much stronger than has been shown in previous experiments using artificial gardens. Growth on multispecies plots was greater because niche differences among species allowed the plant community to capture a greater share of the soil nutrients and other resources, the researchers say. There were also positive interactions between species—older shrubs provided shelter that encouraged the growth of grasses.

Greater variation in resource use and positive interactions between species emerge in mature communities where species have a long history of coexistence, Sala noted. The new work suggests that, as species are lost from such communities, productivity may be reduced to a far greater degree than some studies have suggested.

Flombaum, P. and O. E. Sala. 2008. Higher effect of plant species diversity on productivity in natural than artificial ecosystems. Proceedings of the National Academy of Sciences 105:6087-6090.