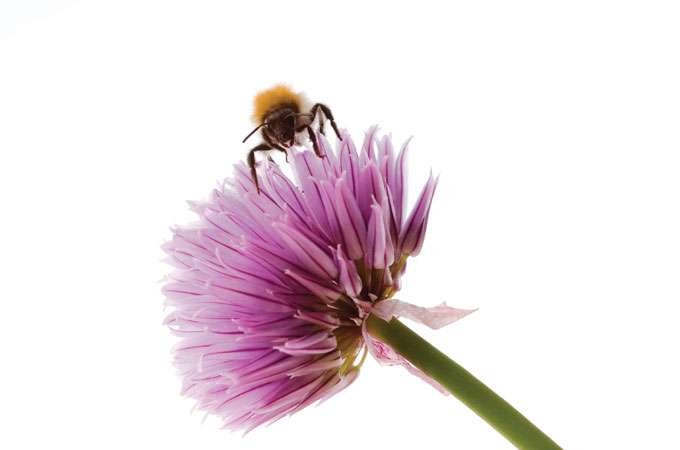 Air pollution can make roses smell less sweet, at least to pollinating insects. A new study finds that ozone and other airborne pollutants bind with the molecules plants release to attract pollinators, diminishing their aroma. And the more the aroma degrades, the harder it might be for bees and other pollinators to locate sources of food.

To conduct the study, which appeared in Atmospheric Environment, a University of Virginia team led by Quinn McFrederick and Jose Fuentes gathered air temperature and movement data from a particular site. These data, along with estimates of floral emissions rates for three common scent molecules, were fed into a complex mathematical model. The model showed how floral scents were likely to disperse and whether they might be destroyed or altered by chemical reactions with pollutants.

By varying pollutant concentrations in their model, the researchers were able to assess the impact of smog on floral signals. In unpolluted air, scent molecules were largely unaffected by chemical reactions, with only about 20 percent being destroyed after traveling more than one kilometer downwind from their source. In contrast, when air contained levels of pollutants commonly observed in urban areas in the eastern United States, over 75 percent of the scent molecules were destroyed after traveling only 200–300 meters.

Severe disruption of aromatic signals may be forcing insects to spend more time searching for flowers and less time pollinating them. The researchers note that, while insect strategies for locating floral resources are not fully understood, scent trails are likely to be important in leading pollinators to isolated flower patches. Further studies are needed to determine whether recently observed declines in many pollinator populations are due, at least in part, to flowers no longer smelling like flowers.