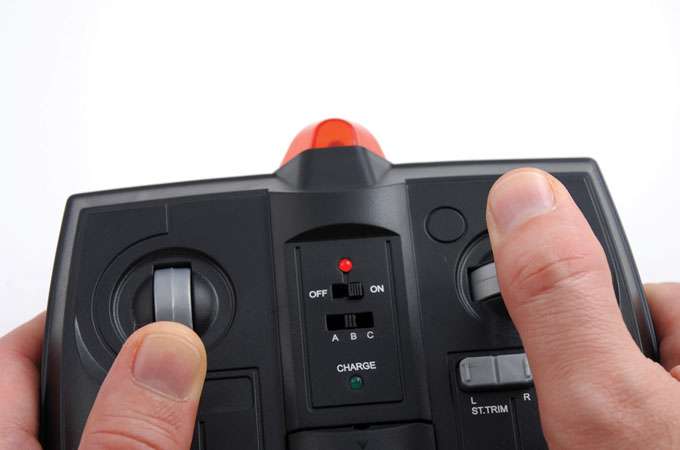 Whale Watching with a Joystick

Every time Amanda Hodgson counts humpbacks off the Australian coast, she has to rent a plane, round up four other researchers to help spot the creatures, and fly over the ocean for hours. “It’s all very low and slow,” says the University of Queensland researcher.

Now Hodgson is teaming up with aircraft operator Aerocam Australia to create an innovative alternative to these costly surveys. Their solution: military-style unmanned aerial vehicles (UAVs) that capture footage of the ocean and any whales in sight. The UAVs could provide an affordable new way to keep tabs on everything from whales to elephants.

The UAV resembles a large model airplane, with a three-meter wingspan, dual tail fins, and a propeller. A video camera on the craft’s underbelly sends back images of the territory below.

According to Hodgson, the big advantage of this technique compared to airplane surveys is that only two people are required—one to fly the UAV with a joystick and another to watch for whales on a video screen. In addition, renting a UAV costs half as much as renting a plane, provides a lasting video record, and is safer than spending hours in a small aircraft.

While Hodgson is still ironing out some basic questions, such as which altitude is best to fly at, her team plans to start UAV surveys of whales and manatee-like dugongs within months. Hodgson also foresees researchers dispatching the aircraft over areas besides the ocean. One possible next stop: the African savanna.