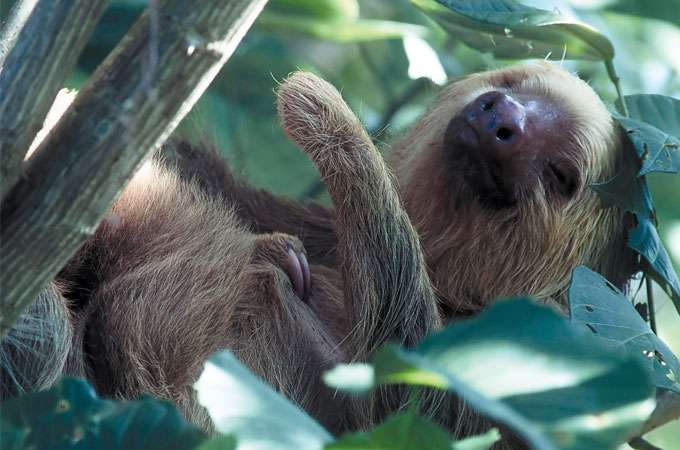 Wide Awake in the Wild

We all know sloths love their shuteye. But that should be captive sloths, as a study published this week in Biology Letters makes crystal clear. Niels Rattenborg, a sleep specialist at the Max Planck Institute for Ornithology and the paper’s lead author, attached newly developed miniature electroencephalogram (EEG) recorders to three adult female brown-throated three-toed sloths (Bradypus variegatus) who were otherwise minding their own easygoing business in the Barro Colorado Island rainforest. Average sleep times per day were 9.63 hours, over six hours less than a previous study of captive animals had suggested. While neurophysiologists will welcome the study’s novel approach as a means to understanding the functions of sleep, conservationists will no doubt also heed the message that zoo animals just ain’t the same as the wild, free, altogether more awake ones.