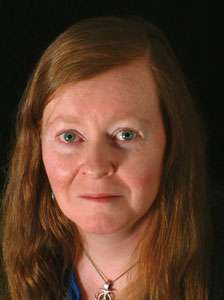 Here’s a good one: what links the U.S. mortgage crisis and West Nile disease? Answer: one of the world’s most invasive alien species.

As we all know, unwise dealing by U.S. financial institutions has caused a lot of people to default on mortgages. A lot of this has been happening in the parts of the U.S. people want to move to—sunny places such as Arizona or California, where swimming pools are common.

But when those people lose their mortgages, and their homes, the pools lie abandoned.

And a stagnant, unfiltered pool is a perfect breeding ground for mosquitos. This is more than a nuisance—since 1999 North American mosquitos have carried West Nile virus, which can be fatal in the elderly. So civic authorities in the western U.S. are scanning neighborhoods for the tell-tale green of algae-filled abandoned pools and dumping mosquito fish into them. These small relatives of the guppy gobble
the mosquito larvae. Problem gone. They’re even calling them the foreclosure fish.

The problem is, these fish (Gambusia species) are native to streams around the Gulf of Mexico. Outside their ancestral waters, they wreak havoc with local wildlife.

Starting in the 1920s, they were transported all over the world to control mosquitos in one of the first big efforts at biological control. In most cases, they ate local wildlife in addition to mosquito larvae and often didn’t even do a better job of mosquito control than local fish were already doing. Some wildlife experts hate them so much they call them “Damnbusia.”

In Europe, the fish developed a taste for everything but mosquito larvae and have displaced native fish. In Australia Gambusia caused extinctions of native fish and amphibians. In California they have decimated native species—yet civic authorities will give you a bag of them free if you have a mosquito problem. It may not seem risky to put them into a plastic-and-concrete pool, but the fish are champion escape artists and can travel in water that is only three millimeters deep.

So which is worse? A nasty, invasive—and face it: ugly—little fish that is, however, already out there in much of the world? Or mosquitoes?

The flying nuisances can carry other nasties: malaria is always threatening to expand its range, and the chikungunya virus has escaped from Africa to Asia to Europe. Maybe it would be better not to have created a lot of deserted pools in the first place. ❧

Debora MacKenzie has worked for the New Scientist since 1984. Based in Geneva and Brussels, she focuses on  issues of global stability, infectious disease, food production, arms control, and fish.