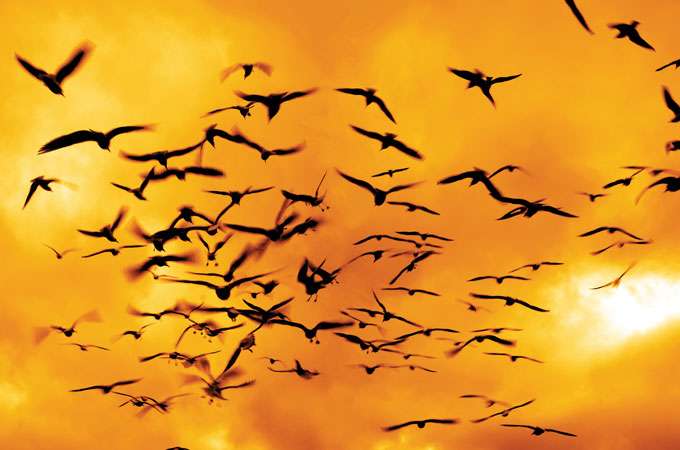 Incidence of West Nile virus in humans tends to be lower in areas with a diverse array of bird species, according to a new paper in PLoS ONE. Led by John Swaddle of the University of California, Santa Barbara, the study is in line with previous research showing that higher species diversity slows the spread of Lyme disease from animals to humans due to the so-called “dilution effect.”

The driving force behind the effect is that the relative abundance of the species most likely to transmit disease goes down when more species are present. This in turn decreases the likelihood that the disease-carrying species will spread their infections to humans. Swaddle and his colleagues set out to determine whether this effect applies to West Nile virus.

They compared data on avian diversity in the eastern United States with human incidence of the disease in 2002, when the West Nile epidemic was in full swing.

While controlling for other factors, the study found a strong link between higher bird diversity and reduced human infection. This is likely because crows, jays, and other common West Nile hosts tend to flourish when avian biodiversity is low. But when bird diversity is high, those host populations remain in check, hindering their ability to spread disease.

The dilution effect may also apply to avian flu, bubonic plague, and other infectious diseases. From a conservation standpoint, Swaddle believes the research underscores the need for land-management policies that increase biodiversity, thereby providing a buffer against future disease outbreaks. ❧