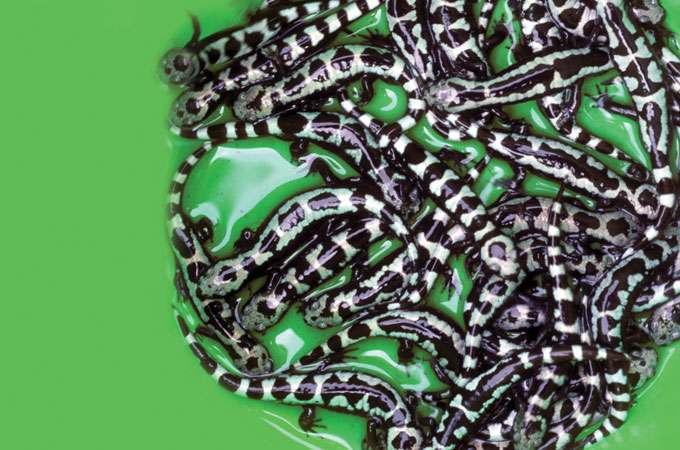 When Kevin McGarigal started studying marbled salamanders, he ran into a problem that left him feeling cross-eyed. A biologist at the University of Massachusetts, McGarigal needed to track individual salamanders as they moved between vernal pools. But the spotted creatures are hard to tell apart, so McGarigal’s team would spend painstaking hours poring over photographs, trying to determine whether a salamander that appeared in one pool was the same creature seen in another.

Now, McGarigal has teamed up with Sai Ravela of MIT to develop a computerized solution that makes it easier to identify individual animals and could help researchers understand how species use habitat.

Dubbed “multi-scale analysis” (MSA), the new computer program is similar to the facial-recognition technology police use to pick known criminals out of a crowd. Just as people have unique facial features, individual animals have distinct markings. MSA breaks pictures of these markings down into patterns, then searches for those same patterns in other photos.

In a recent test, the program identified salamanders with 90 percent accuracy, saving researchers more than 400 hours. And McGarigal says MSA can be applied to any species with unique markings. This could add a new layer to conservation approaches by helping monitor animals that use dispersed patches of habitat. “Conservation has been very locally oriented,” McGarigal said, “but it’s the connection between habitats that allows to exist.” ❧