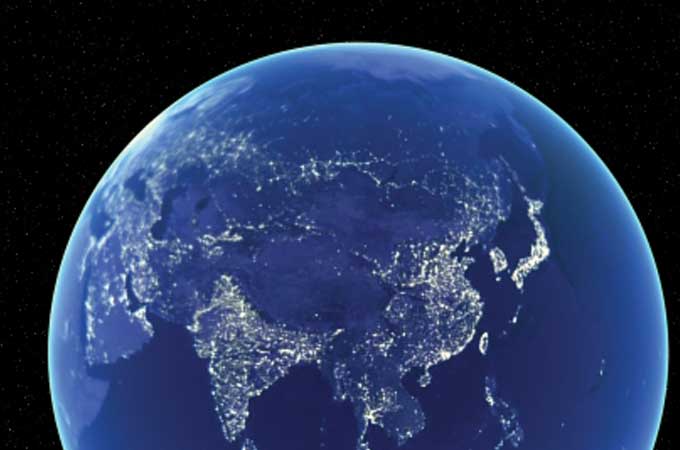 It’s easy to interpret pictures of the earth at night as a study in contrasts, with bright city lights isolated against dark expanses of sea. But Christoph Aubrecht of the Austrian Research Centers believes the images present a unity rather than a dichotomy, and he is using light to identify vulnerable coral reefs.

In Geocarta International, Aubrecht and colleagues point out that reef denizens are highly sensitive to light, spawning and migrating based on the intensity of sun- or moonlight. Artificial light can interrupt these mechanisms.

To determine which reefs are most vulnerable, Aubrecht’s team used satellite data to locate the bright spots near cities, as well as offshore oil and gas rigs and heavily lit fishing boats. By cross-referencing these data with reef locations, they determined that reefs in the Red Sea, the Persian Gulf, and the Gulf of Thailand are most at risk, whereas others, such as the Great Barrier Reef, remain relatively undisturbed.