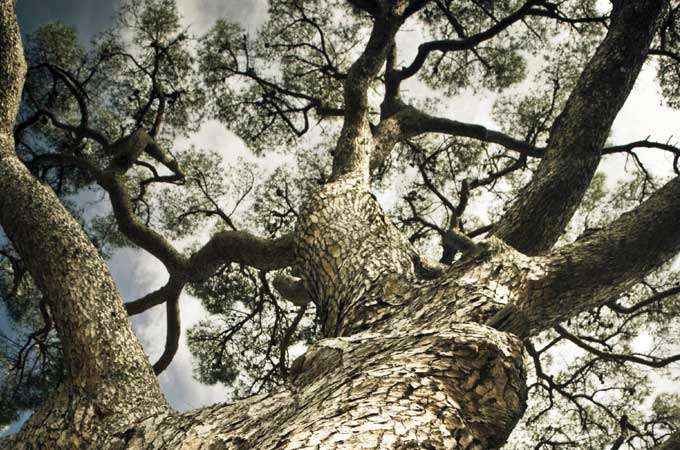 Scientists have long believed that young forests serve as carbon sinks, consuming more atmospheric carbon dioxide than they produce.  Reflecting this assumption, the Kyoto Protocol encourages nations to develop new carbon sinks by restoring lost forests. But the protocol offers no incentives for leaving existing primary and old-growth forests intact. One reason for the omission is that these forests are assumed to be carbon-neutral, with roughly equal rates of carbon storage (through plant growth) and release (through decomposition of woody debris and soil organic matter).  A study in Nature challenges this assumption, finding that most old-growth forests continue adding to their carbon stores over a period of centuries.

An international team led by Sebastiaan Luyssaert of the University of Antwerp compiled data on ecosystem productivity—the annual difference between CO2 uptake and release—from 519 different studies in boreal and temperate forests.  If old-growth forests are carbon-neutral on a global scale, the large dataset should have shown a more-or-less equal number of sources and sinks, with an average rate of carbon storage near zero.

Instead, Luyssaert’s team found that forests of all ages are much more likely to store carbon than to release it.  While carbon storage slows somewhat in forests beyond 80 years of age, it continues to occur in forests that are 300 to 800 years old.  The report shows that primary boreal and temperate forests in the northern hemisphere alone sequester at least 1.3 gigatons of carbon per year.  These forests constitute about 15 percent of the world’s total forest cover and account for about ten percent of global ecosystem uptake of CO2.

Nonetheless, old growth’s role as an active player in the carbon cycle has been largely overlooked, and Luyssaert points out that the neutrality assumption has been built into numerous ecological models of carbon flux and into carbon-accounting schemes for greenhouse-gas mitigation. He and his coauthors note that their findings make the preservation of old-growth forests even more important—and suggest that carbon-accounting rules for forests should be revised to give credit for leaving old-growth forests intact. ❧