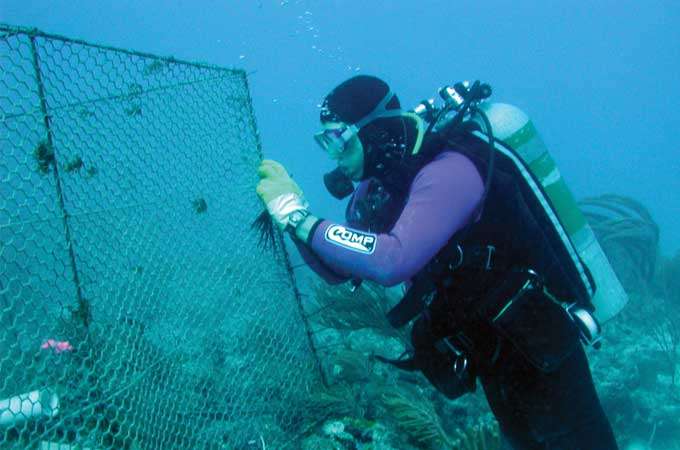 The loss of algae-eating fish and invertebrates can decimate coral reefs, but researchers haven’t been sure which species best stop reefs from being taken over by macro-algae (a.k.a. seaweed). A new paper in PNAS suggests the answer might be a diverse collection of herbivores.

Deron Burkepile of Florida International University and Mark Hay of the Georgia Institute of  Technology tested the effects of different algae consumers on reef habitat in the Florida Keys.  They isolated individual fish and combinations of fish in cages around sections of coral to see which ones best kept algae in check.

On their own, redband parrotfish, princess parrotfish, and ocean surgeonfish limited the growth of certain algae types. But after one year, overall algae cover was higher. In the multiherbivore enclosures, however, algae growth was held in check and coral mortality was zero. ❧
—Scott Norris