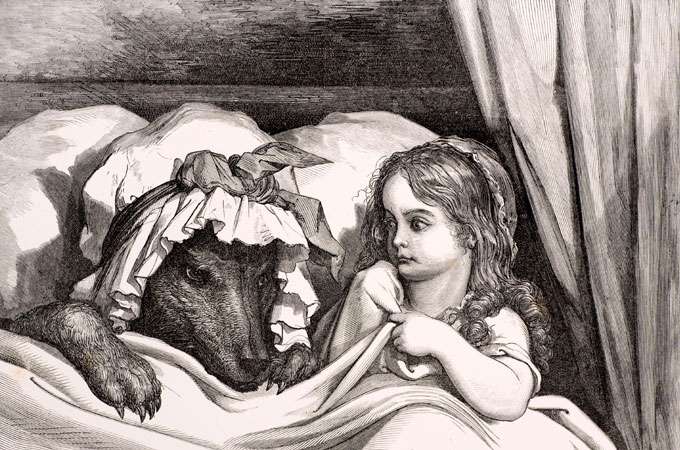 The Better to Eat You With

The Better to Eat You With: Fear in the Animal World 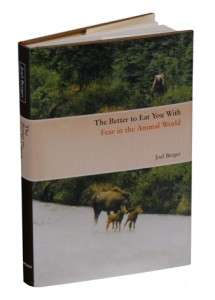 It’s been said that some scientists unconsciously take on the characteristics of the wildlife they study. I know a grizzly biologist who lumbers through the woods, picking edible berries with his lips.

I don’t know whether Joel Berger acts like a carnivore, but his unconventional field tactics include mimicking the scents and sounds of wild animals. A former high-school baseball player, he “pitches” snowballs scented with predators’ urine at caribou, moose, and bison. He has also been known to don a Hollywood-designed moose suit in the name of science.

In The Better to Eat You With: Fear in the Animal World, Berger mixes field-experiment anecdotes from 15 years of globetrotting with musings on the predator-prey dynamic and the future of conservation. His central mission is to examine how the loss of predators from certain ecosystems changes their prey’s behavior. Do the animals forget fear? If so, can their descendants recover fear (or, at least, appropriate fight-or-flee responses) if the predators eventually get reintroduced?

Berger, a University of Montana professor who advocates returning wolves and other Pleistocene-era creatures to parts of North America, is bold in his opinions but more cautious when it comes to explaining how the world got to be the way it is. When Neolithic humans, the most powerful predators of recent times, crossed the land bridge to North America, did they cause the mass extinctions of clueless New World mammals in what some theorists call the Pleistocene blitzkrieg? Berger doesn’t know, but he thinks it entirely plausible. Unlike their African cohorts, which co-evolved with human hunters and developed strategies to survive, the mammals of the Americas were “draped in innocence” when humans arrived.

So were the mammals of the greater Yellowstone ecosystem when wolves returned; Berger recounts watching two unsuspecting elk get ambushed. Was this a sign that elk and moose populations would be decimated because they had forgotten their fear of the big dogs with the sharp teeth? Or did the fact that their recent ancestors knew wolves mean they could quickly adapt?

Berger knows as well as anyone else the current dynamic between Yellowstone wolves, moose and elk. He’s had the distinct privilege of studying the moose before, during, and after the historic reintroduction of wolves. His fascination is infectious. Before wolves arrived in the Tetons in1997, Berger learned the moose did not react—fearfully or otherwise—when he exposed them to wolf scents and recorded howls. But rather than thinking the “predator-naïve” moose would be wiped out, Berger predicted the wolves would prefer the easier and more numerous elk. He was right. But he also wanted to understand how moose and other prey animals might grow savvy over time. Was a “culture” of learning passed between generations? And if so, how long would this process take? The question has implications for scores of reintroduction efforts across the globe, including those of otters, lynx, grizzlies, and lions. We are no longer just the most effective predators around; we are now the architects of ecosystems, trying to rehabilitate at least some of them.

Questions, though, are easier to ask than they are to answer. At times, this read is unsatisfying on both an academic and a personal level. Berger wants to let us in on snippets of his own life, but he never fully delivers. A new wife shows up; we’re never told what happened to the old one. But in the field, Berger proves an engaging guide, taking readers on a tour of how he learned that moose mothers in the Tetons teach their offspring what to fear. Relearning fear in populations that once knew predators, he says, can occur “within a single generation,” helping them stay viable in the face of reintroductions.

Of course, we also need to understand the cascade of effects that follows when large carnivores are permanently removed from landscapes, a much more common scenario. Berger argues that the fear sparked by predators is essential to a pure and healthy world, and he has spearheaded efforts to establish wildlife corridors that keep predator populations healthy. “[W]hen our hearts no longer quicken for fear of a wild animal, and when all that is left behind are the haunting memories of a distant but more glorious past,” he writes, “we will all be poorer.” ❧