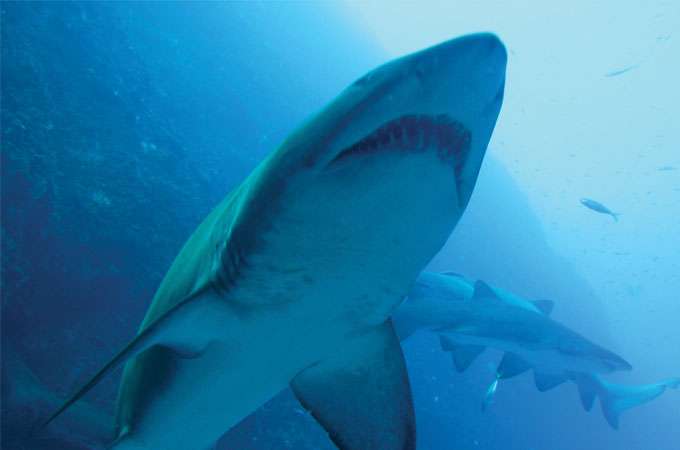 You’d think one womb would be enough. Not for female gray nurse sharks, which house dozens of embryos in two wombs and then sit idly by as the baby sharks eat each other in utero. The two strongest (or at least hungriest) sharks, one from each uterus, are born alone into the sea.

This seemingly gruesome behavior is advantageous—it helps keep populations stable. But what gray nurse sharks need now is quantity, not quality. Their population is being decimated by fishing practices that leave them tangled in nets and dangling from hooks meant for other, tastier species. So to boost shark numbers, Australian researcher Nick Otway has cooked up a bizarre remedy: artificial wombs.

Otway, of the New South Wales Department of Primary Industries, has developed a specialized container holding fluids, bacteria, and other elements that mimic the conditions found inside mother sharks. He envisions plucking embryos from pregnant gray nurse sharks, placing them alone into the containers, and eventually releasing them to the wild. ❧ —Justin Matlick