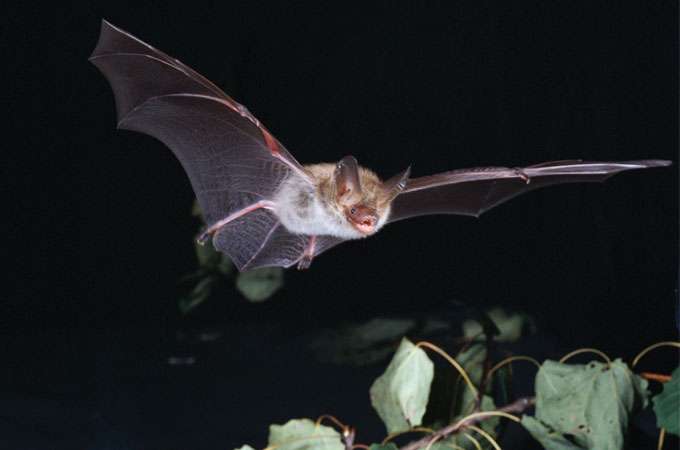 It’s common knowledge that animals are reluctant to walk across highways and that this can block migrations and dilute gene pools. Researchers have now discovered that some critters—in this case, a species of bat—won’t fly over busy roads. Strangely, the bats will happily cross beneath the roads, and researchers hope to build bat tunnels throughout Europe to facilitate their migration.

The discovery was made by Gerald Kerth of the University of Zürich. Kerth monitored two bat species and found that Barbastelle bats, which typically fly high in the air, traveled unfettered across a highway. Bechstein’s bats, which fly and hunt at ground level, refused to travel over the road, perhaps because traffic noise or bright lights scared them off.

However, three of the Bechstein’s bats did make an unlikely crossing by darting through underpasses. Kerth suspects the bats stumble upon the passages, which are quieter than the road, while looking for food or a place to hang. They will use an underpass repeatedly once they know it exists.

Kerth proposes building dozens of specially designed bat tunnels, spaced one to two kilometers apart, to help bats access a wider array of feeding grounds and nesting sites. He recommends the tunnels be at least three meters in diameter and that vegetation connect them to the forests, making them easy for bats to find. ❧ —John Weier