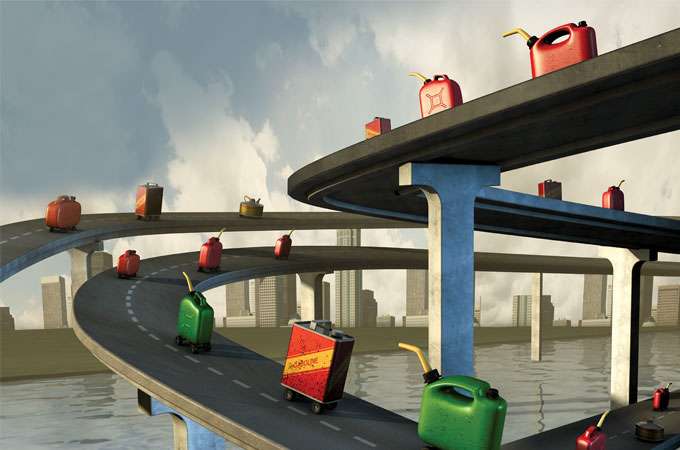 These days, Jason Clay walks around with an eerie sense of déjà vu. Over the past few years, the World Wildlife Fund (WWF) anthropologist has become deeply entangled in the tortuous struggle to ensure that supposedly “green” biofuels—such as ethanol brewed from corn and biodiesel wrung from palm nuts—don’t decimate biodiversity in an attempt to save the planet. It’s been a dizzying and sometimes disorienting experience. For instance, Clay watched as biofuels, once hailed as the savior of the climate, became an environmental sinner almost overnight—blamed for everything from food riots to trashed tropical forests. “The backlash has been pretty ferocious—ethanol and biodiesel have lost a lot of their green image,” he says.

Now Clay is bracing for what could be an even more jarring roller-coaster ride. Some scientists, executives and political leaders—including President Barak Obama’s energy team—are touting a new breed of “cellulosic” biofuels. They argue that these second-generation fuels—created by breaking down cellulose, the molecule that gives trees and grasses their toughness—could deliver more help with less harm. Some even paint the picture of a future powered by waste sawdust, grass clippings and corn husks. And they are dreaming big: by 2022, the United States alone could brew more than 75 billion liters of cellulosic ethanol a year. Experts say that will require spending tens of billions of dollars on research and corporate subsidies and dedicating tens of millions of hectares of land to producing biomass, from hay bales to whole logs.

The dream of cellulosic ethanol, however, is causing nightmares for many ecologists. They fear that growing demand for cheap, ample supplies of cellulose will create powerful incentives to convert diverse, native grasslands into sterile “energy lawns” and to simply chop down vast swaths of wild forests. Even if these environmental costs are mitigated, it’s getting harder to identify the upside of cellulosic fuels—a recent MIT study suggests that, despite the hype, the new fuels may not reduce overall greenhouse-gas emissions. Which raises an unsettling question: can the pursuit of clean, “green” fuels lead to a true ecological solution, or is it just a detour from traditional conservation strategies that, although less futuristic, might be far more effective?

New research is crystallizing fears that cellulosic fuels might wreak havoc on the world’s landscapes. Forecasting what will happen if the fuels take off is a tricky enterprise because biofuels can have indirect effects that ripple around the globe. If a farmer in Europe, for instance, replaces the soybean crop she sells to China with an energy crop such as switchgrass, it could create an incentive for a farmer in South America to clear a new chunk of forest or grassland to replace the European soybeans. Similarly, a move to log a forest in Siberia for energy cellulose could put added pressure on Asian or African forests to produce plywood or lumber for the housing market.

In January, a team at the Massachusetts Institute of Technology (MIT) released one of the most ambitious efforts yet to make sense of it all. Led by climate specialist Jerry Mellilo of MIT and the Marine Biological Laboratory in Woods Hole, the team used a complex computer model to produce a vision of the global landscape in 2050.

After assuming that cellulosic fuels provide at least 10 percent of the world’s energy supply, the study concludes that “large tracts of natural forests, woodlands, and grasslands will be converted to either food or cellulosic biofuels production.” By 2050, the land devoted to cellulosic crops mushrooms to about 11 percent of the earth’s total (between 13.9 and 14.8 million square kilometers). Many areas would lose from 20 to 70 percent of their natural habitats, with tropical and semitropical ecosystems able to produce high levels of biomass the hardest hit. On the lengthy danger list: biodiversity “hotspots” in Mesoamerica, the cerrado of Brazil, Guinea/West Africa, Madagascar, Indo-Burma, and the cluster of Philippines, Malaysia, and Indonesia.

In part, that list reflects the expectation that “forests in the tropics could get hit particularly hard by cellulosic ethanol,” says James Bowyer, a forestry industry expert with Dovetail Partners, a nonprofit environmental consulting group in Minneapolis, Minnesota. That’s because natural forests would provide a relatively cheap, easy-to-exploit supply of cellulose. And unlike grasses that must be harvested and carefully stored, “trees are easy biomass to store when they aren’t needed,” says Bowyer. “You just leave them standing in the forest when the market dips, and wait for ethanol prices to rebound.”

Ironically, the MIT team concludes it’s not clear that the profound transformation in land use spurred by cellulosic ethanol would actually reduce greenhouse-gas emissions. In part, that’s because clearing new land can release carbon stored in soil and plants, negating the benefits of using the biofuels to replace fossil fuels. In fact, the land-use changes wreaked by use of cellulosic biofuels would add carbon to the atmosphere in the first half of the twenty-first century. Even under the most optimistic scenario, it would take some 50 years for the use of cellulosic biofuels to offset that added carbon.

Cellulosic fuels advocates say such problems can at least be reduced by planting biofuel crops on so-called marginal lands that have already been plowed, grazed, or logged. But here, too, scale is an issue. A February 2009 study by the Department of Energy’s Sandia National Laboratory and General Motors’ R&D Center, for instance, suggests it could take at least 20 million hectares of currently “idle” or “marginal” U.S. farmlands and forests to grow the biomass needed to produce 170 billion liters of cellulosic fuel a year by 2030. That means putting an area the size of Kansas into cultivation, a feat that could exact a stiff toll on biodiversity.

“You hear a lot about using ‘marginal lands’ and ‘waste wood,’ but that land and debris is still somebody’s habitat,” says Doug Landis, an ecological entomologist at Michigan State University. And in grasslands, “even a degraded prairie or hayfield can be better for biodiversity than planting a switchgrass monoculture,” notes grassland ecologist Mike Palmer of Oklahoma State University.

Still, to gain standing in the biofuels policy debate, ecologists are ramping up an array of studies that, in the words of one, “once again will prove the obvious”: that prairies and other multispecies ecosystems requiring few inputs such as irrigation and fertilizer are often better for biodiversity and overall environmental functioning than high-input, low-diversity systems such as corn fields.

For instance, Mary Gardiner, a post-doc with Landis, has started intensively studying 30 sites across southern Michigan that might produce biofuel crops. They range from low-diversity corn fields to switchgrass plots to remnant prairies. Not surprisingly, Landis says, preliminary results suggest that the corn mono-cultures support less insect diversity than the lower-input switchgrass and prairie plots. Other researchers are documenting similar trends in birdlife, with the prairies providing more nesting and feeding habitat. Overall, it appears “prairie gives you the most diversity—and it may be able to produce just as much usable biomass too,” he says. Indeed, some scientists say “energy prairies” could be one way to both fight climate change and promote biodiversity.

Other researchers, such as plant ecologist Linda Wallace of the University of Oklahoma in Norman, are pondering the implications of replacing even degraded grasslands with switchgrass and other fast-growing plants. One problem, Wallace says, is that studies show switchgrass or other perennial grasses can become highly invasive in some places, “so the ecological footprint is much larger than the field.”

The problems with cellulosic fuels seem depressingly familiar to WWF’s Jason Clay and other veterans of the first biofuel war. “It seems like the same arguments are coming up, just in a new context,” Clay says. And until it is clear exactly how cellulosic technologies will play out—and whether any will become economically viable—he predicts the discussions will be frustrating and sometimes baffling. To help unmuddy the waters, WWF and other groups have been contributing to efforts to measure the impacts of cellulosic fuels and develop guidelines for “sustainable” production.

But the closer you look at the debate, the harder it becomes to ignore a conclusion reached by many analysts of the bioenergy conundrum: to make biofuels—or any fuels—truly environmentally friendly, we may simply have to use them in smaller quantities. Which means it might be time to further embrace age-old solutions such as developing fuel-efficient vehicles, switching to a diet that substitutes vegetables for meat, building a highly efficient distribution infrastructure. The list goes on—and, like the latest biofuels controversy, it’s all too familiar. ❧

David Malakoff is a science writer based in Alexandria, Virginia.