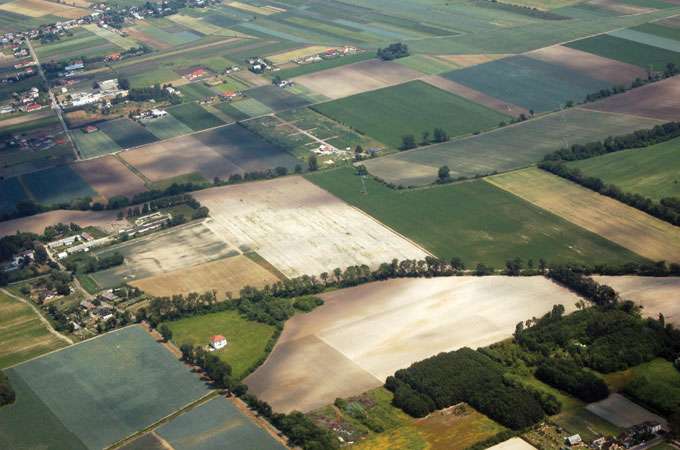 Shiny crops could cool the Earth

Farm fields with bling may be the next big thing in agriculture, if scientists from the University of Bristol have their say. In Current Biology, they propose that farmers fight climate change by planting crops that reflect more sunlight back to space. Some varieties of corn, wheat, and barley have leaves that are especially reflective. So why not breed crops to maximize this effect? The researchers note that farmers already pick seed strains to yield juicier tomatoes and wheat that’s especially good for making bread; all they’d need to do is add another criterion to their list. By inserting the crop change into a global climate model, the authors found that glimmering fields could cool summertime temperatures in much of Europe, North America, and Asia by up to one degree Celsius—potentially enough to relieve the most extreme droughts and heat waves. The reduction is equivalent to offsetting one-fifth of the seasonal regional warming expected by the end of the century. In other words, this “bio-geoengineering” approach might be a relatively cheap and simple way to beat the heat. ❧